Until she bagged the music video, Drashti was working as a dance instructor and had appeared in several print and television advertisements. 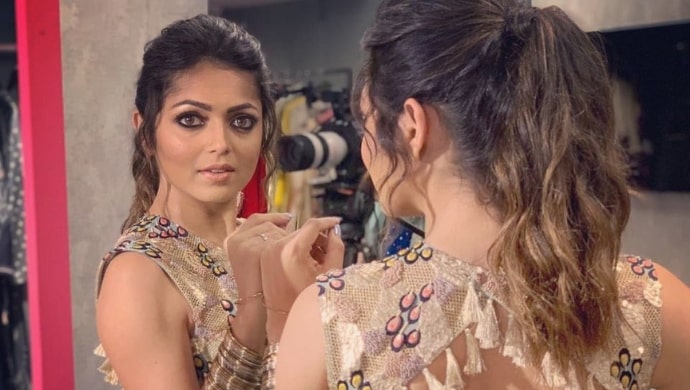 Television actress Drashti Dhami is unquestionably one of the best things to happen to the small screen industry. But truth be told, the bubbly starlet started off by featuring in not-so-glamorous music videos. Her first one being Saiyaan Dil Mein Aana Re wherein she appeared alongside former beauty pageant winner turned Bollywood actor Tanushree Dutta, the actress who helped trigger India’s #MeToo movement by accusing Nana Patekar. Until she bagged the music video, Drashti was working as a dance instructor and had appeared in several print and television advertisements.

Hailing from a conservative background, Drashti had once revealed that before starring in the music video, she had to take approval from her family including close relatives. Years on, we are only glad they gave their nod. How would we have the gift of this wonderful, talented and chirpy performer otherwise? Her curly mane and vivacious act landed Drashti more projects after Saiyaan Dil Mein Aana Re, which by the way was one of the hit remixes of its time. She followed up the success with Bappi Lahiri’s Humko Aaj Kal Hai… and a Punjabi music single Nachle Soniye Tu.

Thanks to these stints, Drashti was offered a role in a popular show in 2007, the years she forayed into the world of acting. Eleven years later, the actress remains the undisputed queen of the daily soaps and while she may not have acted in many serials, they have all gone on to bag handsome ratings and win her all the love of her viewers!

After a brief hiatus and two hit solo lead portrayals in her kitty, Drashti returned to our drawing rooms with Ek Tha Raja Ek Thi Rani. Minutes into the show we are relieved to see her delightfully sweet character of Gayatri, a love at first sight of sorts we’d say! Modern or contemporary, Drashti simply is the best choice for every director. Notably, Drashti also has won a dance reality show and was offered to play the female lead opposite Ajay Devgn in Singham 2. While lack of time kept the beauty away from the silver screen, we hope she makes a transition sometime soon!

Married to businessman Niraj Khemka, Drashti is a hands-on romantic and never fails to make time for her loved ones! Is there anything we don’t already love about this gorgeous lady? (The answer is NO!)

From music videos to daily soaps, Drashti has had quite a journey and we are only inspired! Who knows, she’d be the next big thing to happen to Bollywood? Fingers crossed.

Have you watched Drashti’s music video? What are your views about it? Share with us in the comments box below.

Exclusive! Comedy Shots' Gaurav Kapoor: I Don't Want To Give Any Message From My Comedy