Did You Know Ishaan Khatter Was To Make His Debut With Dhadak And Not Beyond The Clouds?

Ishaan took his mom Neelima Azim, brother Shahid Kapoor & filmmaker Karan Johar's advice after he was offered both films Dhadak and Beyond The Clouds 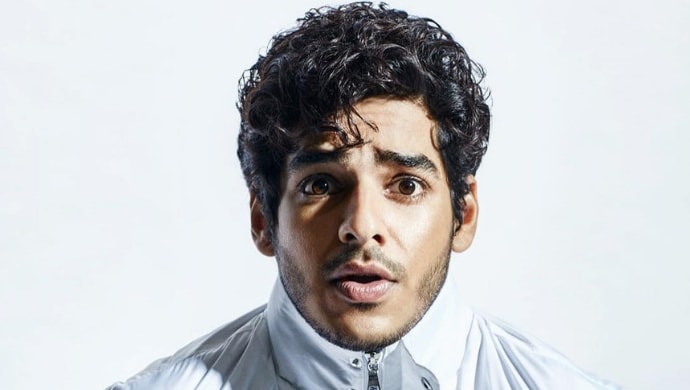 In the movie Beyond The Clouds, he was Amir, an 18-year-old hustling on the busy streets of Mumbai, homeless and fending for himself. And when you are not ogling at his enviable eight-packs and triumphantly toned arm and calf muscles, you get to see that Ishaan Khatter is just a boy next door. Born in the acting lineage of Neelima Azim and Rajesh Khatter, Shahid Kapoor’s half-brother didn’t exactly have the luxurious beginning to his career. But if his middle-class background and upbringing had a contribution to make, it was that he packed a powerful punch and knocked it straight out of the stadium in his very first film, Beyond The Clouds. Check it for yourself here:

Making a debut with an Oscar-nominated filmmaker Majid Majidi’s vision is what many dream of but only Ishaan got to realize it in April 2018. But what if we tell you he could have made his debut with some other film? The sole reason why Ishaan could even accept this international feat is Karan Johar. Much before Beyond The Clouds was offered to him, Shashank Khaitan had signed Ishaan as his lead actor in the remake of Marathi superhit Sairat, titled Dhadak. He was cast opposite late Sridevi’s daughter and debutant Janhvi Kapoor.

Then how did Ishaan lend up up doing Majidi’s film first? He once revealed to a leading news portal saying, “I was signed first for Dhadak. Honey (Trehan)-sir was the casting director of Majid-sir’s film, and he was also casting and second unit director on Udta Punjab. It was pre-destined, I think. One day, because the printer had gone wrong, I had come down late to the meeting point, and was kept on base as a punishment!”

Further adding, “There was this 12-foot wall that I tried to scale, and an old Punjabi gentleman present there suggested a technique to me, and I did it! I was not aware that Honey-sir was around, watching me. He had seen my 30 minutes of struggle, persistence and determination. And he remembered that when Majid-sir was casting!” Recalling the moment he had been finalised for the role of Amir, Ishaan told another news website, “I met Majidi sir and had a brief discussion with him and he later wanted me to do a mood shoot and gave me a brief about the character,” said the 22-year-old. “I was sleeping when I got the call from the casting director. He told me to go to the roof of my building and shout with happiness as I was going to act in a Majidi film. All of this happened within a day.”

But he was still doing Dhadak, so how could he manage to pull both? Talking about the same at the trailer launch of BTC, Ishaan had quipped, “I took my mom’s (Neelima Azim) suggestion for the film and then it was my brother Shahid Kapoor that I went to. Shahid said that just listen to your heart. Then I asked Karan Johar too because I am also doing Dhadak.”

Echoing Ishaan’s sentiments, we cannot beg to differ that it was all pre-destined. Fate smiled upon this young chap and he happened to deliver not one but two great performances in a single year. And both his films have been widely appreciated – could he ask for more? We doubt.

Go Zhingaat with these amazing songs from Ishaan and Janhvi’s film Dhadak, now streaming on ZEE5!

5 Times Birthday Girl Janhvi Kapoor Stole Our Hearts With Her Wit And Charm!