Eisha is popular as Zara Ahmad from Ishq Subhan Allah. However, she has enjoyed a successful stint with another show. Read to know more. 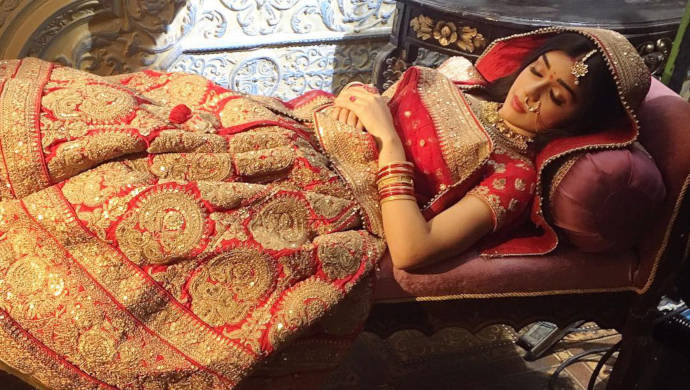 Eisha Singh aka Zara Ahmed of Ishq Subhan Allah has emerged as one of the finest actresses in the Indian television circuit. The gorgeous girl has been ruling hearts with her portrayal of a strong, unapologetic and talented Zara has been winning her appreciation from viewers and critics alike. But did you know she has appeared in another Zee TV show Ek Tha Raja Ek Thi Rani, too? Yes, the starlet played the role of a queen on the popular telly series.

The young actor made her acting debut in the year 2015 opposite actor Mishal Raheja in a television show. Later, Eisha bagged the role of Rani Rajveer Singh, Rani Gayatri and Ranaji’s daughter on the Drashti Dhami – Siddhant Karnick show. Her character on the historical drama was very much similar to what she plays now. They both were bold, beautiful and headstrong in their space. For those who came in late, check out this throwback picture of Eisha from Ek Tha Raja Ek Thi Rani here:

She had this way of always finding the good and believing in everything despite all that she had seen. And that is what I loved the most – the pure magic of her undying hope. – #RANI ❤️ #EkThaRajaEkThiRani

Though Eisha has been around for three years now, only little is known about her personal life. She was born in Bhopal, Madhya Pradesh in 1998 and at the age of 15, she won Miss Teen competition there. Her father is a successful businessman while her mother runs a play school. The renowned star also has a younger sibling.

Much before her claim to fame as Zara, the actress landed two awards in her kitty. No brownie points for guessing that Ishq Subhan Allah will only add to her stardom by manifolds. Her performance on the daily soap has been appreciated by the viewers and earned her a loyal fanbase. There are several fan accounts named after the actress on Instagram, speaking volumes of her popularity.

Ek Tha Raja Ek Thi Rani or Ishq Subhan Allah – which show did Eisha manage to impress you on the most? Comment in the box given below with your answers.