Hint: It's a romantic comedy based on wedding planners and also happens to be Ranveer's debut film. 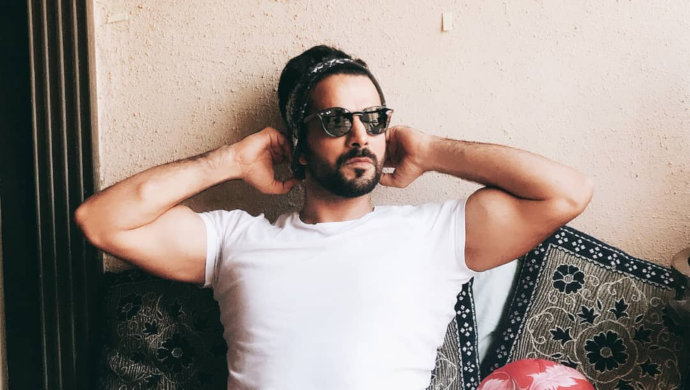 Manit Joura who plays Rishabh Luthra in the very popular Kundali Bhagya is clearly very passionate about acting. Do you know the actor has done a special appearance in a popular Hindi film? Yes, Manit is not only casting his charm on the telly but has also done a small role in a Bollywood film. Manit shared screen space with one of the most loved Bollywood actors of our times. The TV actor was a part of Ranveer Singh’s debut film Band Baaja Baraat that also starred Anushka Sharma.

You cannot afford to miss this scene between Prithvi and Rishabh from Kundali Bhagya. Watch it below:

Do you remember seeing him in the film? You can spot him in the Baari Barsi scene where Ranveer meets Anushka for the first time. Playing the role of a videographer, Manit has a small part in the film, sporting a purple printed shirt and a clean-shaven look. The actor is seen giving instructions to Ranveer in the clip. Earlier this year when Ranveer completed eight years in the film industry, Manit shared a picture of him with the Band Baajaa Baraat actor on his Instagram account.

The actor is quite active on social media and always treats his fans with pictures.

Although i like #ironman but for me in #marvel #universe #santaclaus is still the world's most powerful mutant ever existed. #ironman #spiderman #thanos #captainamerica #joker #santaclaus #avengers #infinitywars @marvel @marvelstudios @marvel_india Kudos to the team Avenger. Picture courtesy: @baljitsinghchaddha

Although Manit made his Bollywood debut with Band Baaja Baraat, he also worked in another popular Zee TV show 12/24 Karol Bagh. While he continues to impress the viewers with his role on Kundali Bhagya, let us see what the actor has in store for all of us, next.

Do you remember seeing Manit in Band Baaja Baraat? Let us know in the comments below!

Watch Anushka Shetty's Bhaagmaathie If Horror Movies Are Your Thing