Did You Know The Fakir Of Venice Was Supposed To Be Farhan Akhtar’s Acting Debut Film? 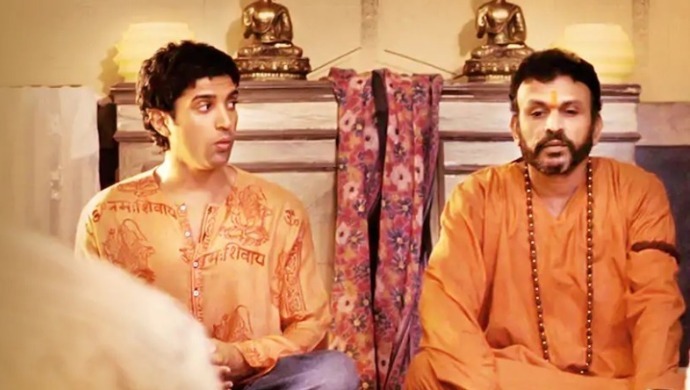 Flashback to 2008. Bollywood saw Farhan Akhtar vacating his seat behind the cameras, one he had been hiding on the far side of for almost two decades. The step turned into a way to charm into our hearts with his oh-so-relatable and finest acting chops. The director-screenwriter-producer slipped under the skin of an artist Aditya Shroff for the musical drama Rock On!!, which turned out to be a humongous hit at the box office. So much so that songs from the film are chartbuster toppers till date. Albeit, Rock On!! marked Farhan’s acting debut, he was initially supposed to foray into acting with Homi Adajania’s The Fakir of Venice.

Yes, you read that right. Farhan had already shot for The Fakir of Venice even before Rock On!! hit cinema halls. However, the film got shelved and never saw the light of the day…until this year. The film finally released in theatres in February 2019, ten years after it was presented as Opening Night Film in April 2009 at the Indian Film Festival of Los Angeles. Nonetheless, given the Rock On!! 2 star’s impressive repertoire of work that includes Zindagi Na Milegi Dobara, Bhaag Milkha Bhaag, Dil Dhadakne Do amongst others, we for one wouldn’t miss it. But in case you did, The Fakir of Venice releases on April 9, 2019, on ZEE5.

Also starring Annu Kapoor, the film revolves around Adi, a con man, who is asked to find a Fakir who can bury himself in the sand for an art installation in Venice. Adi passes off Sattar, a poor slum dweller from Mumbai as a real Fakir and takes him to Europe, conning the art world successfully. The story revolves around a strange relationship developed between the two characters who carry out the deception. The comedy-drama has been directed by Anand Surapur and carries music composed by Oscar-winning music maestro A.R. Rahman.

What are your thoughts about The Fakir of Venice – is it a hit or a miss? Let us know in the comments box below.

Amit Trivedi Birthday Special: 10 Songs By The Singer-Composer You Should Play On Loop