Did You Spot This Kumkum Bhagya Star In Arjun Rampal Starrer ZEE5 Original The Final Call?

Hint: This young gun is very close to Purab and Disha in Kumkum Bhagya. He is also a very good friend of Abhi-Pragya's daughter Kiara! Can you guess? 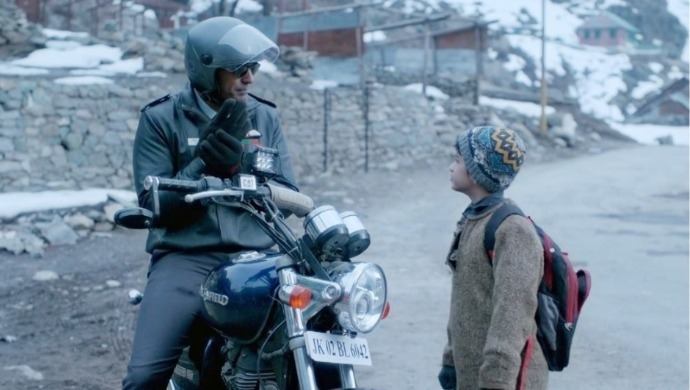 Bollywood actor Arjun Rampal recently made his digital debut with ZEE5 Original thriller series, The Final Call. The Rock On! 2 star portrays Captain Karan Sachdev, the pilot of Skyline flight 502, who embarks on a suicide-cum-murder mission in the series. Undoubtedly, Arjun and the rest of the cast including Sakshi Tanwar, Jaaved Jafferi, Neeraj Kabi, Anupriya Goenka amongst others delivered their brilliant best in the series. But it was a certain someone’s performance that really caught our attention! Can you guess who he is? Hint: He appears on Zee TV show Kumkum Bhagya!

Catch a glimpse the cute star in this teaser video:

For those who haven’t guessed it yet, Purab and Disha’s son Sunny from Kumkum Bhagya makes an extended cameo appearance in the third episode of The Final Call. Little Vedaansh Jaju, who we popularly know as Sunny from the leading daily soap, played the role of a Pahadi boy alongside Arjun. Earlier in January, Vedaansh had shared pictures from the sets of The Final Call, featuring him with Arjun and the rest of the crew. Check them out here:

Meanwhile, glance through screen grabs from the episode featuring Vedaansh:

For those not in the know, The Final Call is based on Priya Kumar’s novel ‘I Will Go With You: The Flight of A Lifetime’, both the ZEE5 original and the role are a first for Arjun. It perfectly blends in the thrill, the psychological aspect of it alongside subjects like Astrology, Spirituality, and Philosophy. Does the combination sound interesting to you?

Coming back to Vedaansh’s character, he plays a crucial role in the way Arjun’s life story shapes up in the web series. How does the young gun do that? We suggest you catch the third episode of The Final Call on ZEE5 to find out!

Parchhayee: Ghost Stories By Ruskin Bond - A Complete Review Of The Episodes So Far

Did You Know Kunal Kemmu-Starrer ZEE5 Original Abhay Is Based On Real Crime Events?