In the upcoming episodes, Kajal's mother tries to force her to marry Rochak, but Kajal says she only wants to marry Anshuman. 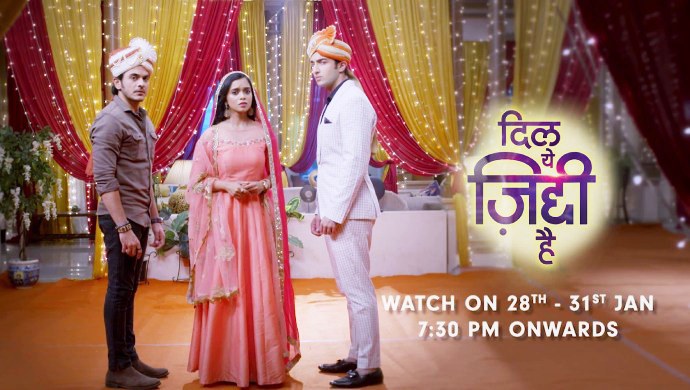 In the recent episodes of Dil Yeh Ziddi Hai, Kajal proposes to Anshuman. But he asks her for some time to respond to her. Kajal is recording a video of herself saying how happy she is after admitting her feelings to Anshuman. Rochak overhears her and pretends to be happy for her. Kajal’s mother is being brainwashed by her maasi, Sunehri, to get Kajal married. Rashmi is also scared about Kajal going with Anshuman to Bollywood.

Anshuman meets Kajal during rehearsals and is confident he has a good chance of winning with her. He tells Kajal that he realy likes her but he only wants to focus on his dance and career now. Rashmi and her family stop Kajal from meeting Anshuman and dancing too. Rashmi tells Kajal that she will have to get married in two days.