In tonight's episode, Guneet helps Bhavna give Deepshikha a new look for her birthday. What will the other Dilli Darlings think about the look. 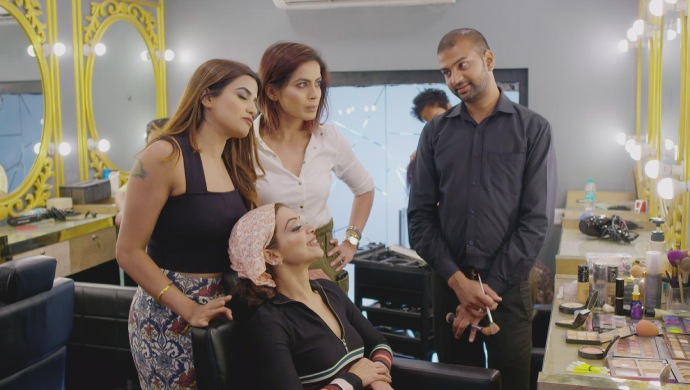 In the previous episode of Dilli Darlings, Pragati’s birthday surprises continue when her husband gifts her a Mercedes car. When Rashmi’s kitty party starts Manya decides to be friendly with Deepshikha that day and begins playfully flirting with her. Deepshikha and the rest of the Dilli Darlings know Manya is pretending to be friends. Later during the shayari session. The guest take digs at Manya for playing games with all of them. Guneet reaches late and makes the housewives feel bad saying she has actual work to do.

In tonight’s episode, Pragati is asked to cut her birthday cake at the kitty party. Before that Pragati decides to read a shayari of her own. Manya returns with a sarcastic shayari of her own. Pragati has her own comeback at which point Pooja thinks it is going to be a fight again. However, Manya doesn’t have any comeback to Pragati that time.

Deepshikha realises that she upset Pooja by spending more time with Manya. She patches up with Pooja at the party itself. The next morning Shaloo sees that her servant Mahesh gave her expired medicines. She asks him what is stressing him out. Mahesh tells her he ran away to get married and now their families are looking for them.

Manya says she invited Rashmi for lunch. She asks Rashmi why she was targeted at the kitty party. Rashmi says she saw Manya laughing when Reena and Rashmi were on stage at the charity event. Manya tries to talk her way out of it but Rashmi doesn’t think Manya was being honest with her and only wanted to put the blame on someone else.

Bhavna takes Deepshika to Guneet’s salon for her make-up. She is pleased with the result and plans the big reveal at the birthday party. Bhavna is surprised to see the party is in a hall and not at all like a cool party which she had thought it would be. When Deepshika walks in wearing a neon dress, everyone compliments her new look.

However, personally everyone thinks Deepshika is undersdressed. Bhavna and Guneet expect the the look to not match what they think are horrible standards of the women there. Bhavna and Guneet also find the party to uncool to be at. Will Deepshika find out the real opinions on her new look? Stay tuned to find out.

Yaaron Ki Baarat: A Celebrity Talk Show You Shouldn’t Miss If You Like Filmi Gossip

Nia Sharma & Achint Kaur's Jamai 2.0 Promotions Wardrobe Is Nothing Like You Already Own