In tonight's episode, Guneet wants to get a tummy tuck-in before an event while Shaloo plans a wedding for her helper. 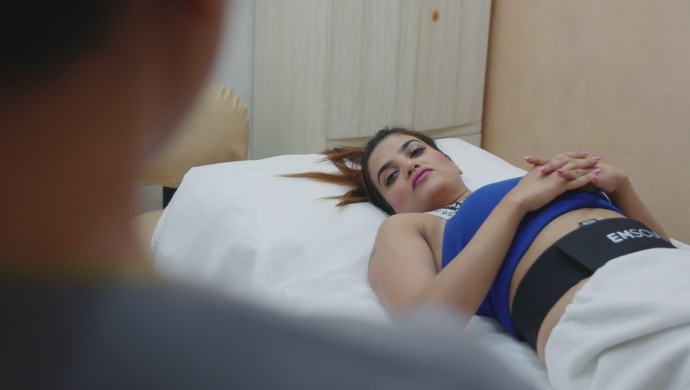 In the previous episode of Dilli Darlings, Pragati continues the sarcastic attacks on Manya with shayari. However,  Manya stops before this becomes another fight. Deepshikha goes to Bhavna for her look and Guneet for her make-up to get a makeover on her birthday. Manya meet Rashmi for lunch to ask her why she was targeted at the kitty party. Rashmi tells Manya how he has been manipulating people. Manya tries to blame other people for her mistakes again. At Deepshika’s birthday party everyone says her new look is great, but everyone actually thinks she in under dressed.

In tonight’s episode, Manya calls up her husband to find out if the new brewery launch is on schedule. She finds out that things are off track. Her husband tells her everything will be sorted soon. Manya is not convinced and decides to drive down to Patiala herself and finds out what is wrong there.

Shaloo tells her husband that Santosh, their helper ran away with a girl to be married. Her husband, Dilip tells her she should have a proper wedding for Santosh and his wife. When Pooja visits Shaloo shows her how she has been preparing for Santohs’s wedding. Pooja decides to help Shaloo organise the wedding.

Guneet goes to get a tummy tuck in from Aayna, a clinic. She says she has an event to attend where everyone will be there to meet her and take fashion tips from her. Guneet feels like no matter how much she works out her tummy will always be out. She is a little afraid of the procedure at first but then agrees to do another 3 more rounds.

Santosh comes to Shaloo’s house with his runaway bride. He tells her that he loves his wife but their relatives won’t let them live because he married outside his caste. Shaloo speaks to Santosh’s grandfather and even promises to give some part of the dowry he was expecting if he agrees to let Santosh marry the woman he loves.

Will Shaloo successfully organise this tricky wedding? Stay tuned to find out. Watch the latest episodes of Dilli Darlings, now streaming on ZEE5. Vote for your favourite Dilli Darling by tomorrow before the voting lines close. To vote follow the instructions here.

Antarshakti: Make Your Mornings Brighter And All About Positivity With This Zee TV Show