In tonight's episode, Bhavna Singh and the other Dilli Darlings open up about their difficult lives at Shaloo Jindals' party making everyone emotional 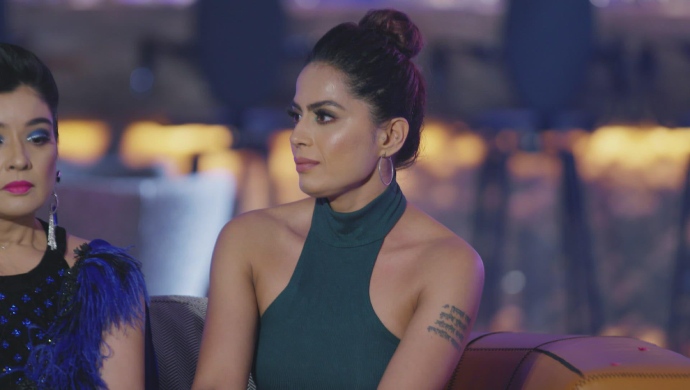 In the previous episode of Dilli Darlings, Manya doesn’t trust her husband and herself drives out to Patiala to check on her new brewery launch. Shaloo tells her husband that their helper Santosh and run away from home to marry a girl he loves. Shaloo says she wants to help the families accept Santosh’s wedding and decides to organise a wedding for Santosh. Pooja shows up after enjoying Shaloo’s company at the kitty party. She helps her with Santosh’s wedding. Guneet Virdi goes to get a tummy tuck-in to prepare for an event.

In tonight’s episode, Shaloo decides that her kitty party should be at her house since she is herself a homemaker. However, no one at home wants to dress up on a Sunday to impress Shaloo’s guests. While Shaloo is still preparing for the party, Deepshika and Pooja show up on time for the Kitty party.

Like Deepshika and Pooja everyone is impressed by Shaloo’s house. They are also happy that Shaloo gives them a gajra and showers them with petals to welcome them. Shaloo starts her kitty by playing a game where everyone takes turns to talks about the hardships they have faced in life.

Reena mentions how she got pregnant over 11 times with many miscarriages while trying to run her business. Pooja talks about her mother-in-law who was her best friend before she was murdered by the house help. Bhavna talks about coming from a poor family and providing for all her siblings.

She says how her husband’s family welcomed her without any dowry and gave her the freedom to follow her dreams. Seema talks about marrying her husband and finding out two years later that he gambled all their money. She remembers working for year together trying to build back her business.

Everyone realises the story behind each other’s life and their personalities. When Deepshika speaks she talks about how she doesn’t have any hardships since her husband doesn’t even make her do any housework. Later Shaloo picks out the name for the next kitty. Reena is excited to get to host the next kitty and says she has a surprise.

Shaloo also introduces her house-help, Santosh to the Dilli Darlings. She tells them how Santosh ran away to marry his ladylove and now no one accepts them. She asks the Dilli Darlings to help her organise the wedding for Santosh and his wife.