In tonight's episode, Manya and Pragati go to a salon to gossip and plan a way to corner Pooja about comparing them to animals. 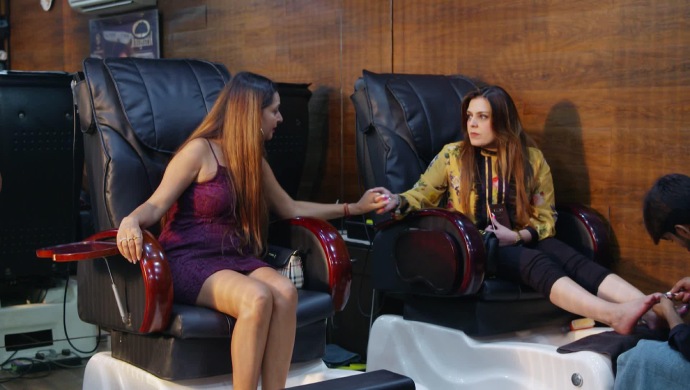 In the previous episode of Dilli Darlings, Guneet invites her friend Bhavana, a fashion designer and fitness enthusiast, to talk about how crazy it is with the Dilli Darlings. They both decide to go for Seema’s event where they meet Manya. She invites Bhavana for her kitty party. However, Seema’s event is a disaster. It started late with no food served and no air conditioning. Everyone promises to not go for another of Seema’s events.

In tonight’s episode, Manya calls Pragati and Rashmi to talk at the salon. She gossips about Seema’s event which started five hours late. She even mentions how Deepshikha was checking out Bhavana’s abs at Seema’s event. They tells them that she invited Bhavana for the kitty party too.

They then plan how to corner Pooja and Deepshikha at the party. Manya tells Pragati to write on a note asking Pooja why she compared the other Dilli Darlings to animals. Manya promises to keep the argument light and not let it destroy the kitty party. Pragati is skeptical about the idea.

On the day of the kitty party, Manya gives Pooja and Deepshikha a warm welcome. When Guneet and Bhavana reach, Guneet introduces everyone and leaves. Bhavana thinks everyone doesn’t like her there but they are smiling at her. When Pragati reaches Many decides to play the game.