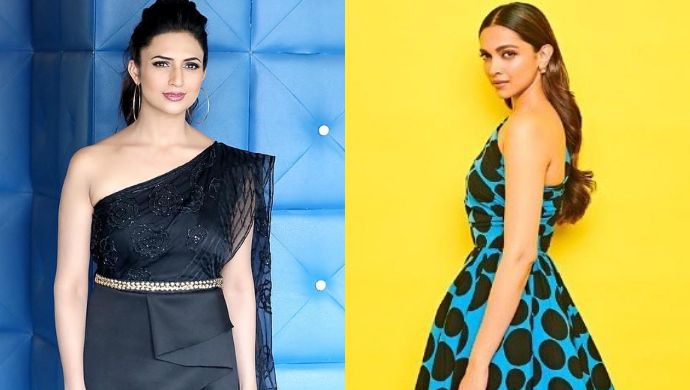 The latest episode of The Greedy Closet is packed with the Manish Malhotra mantra and the Divyanka Tripathi Dahiya tadka! Manish can be rightfully credited for Kajol’s high-point look in Mere Khwaabon Mein Jo Aaye to Urmila Matondkar making the nation swoon with her Rangeela avatar. He is the man responsible for giving India its hottest desi girl ever. Divyanka, last seen in Coldd Lassi Aur Chicken Masala, wanted to become an army officer, stumbled upon acting and became the reigning lady of the television circuit. It goes without saying that when stars of such stature come under one roof, it’s entertainment guaranteed.

Manish, as host Monica Dogra aptly puts, has designed for every star under the sun. Known for reinventing the world of style with his mesmerising collection, sensational fashion designer made an empire from a humble beginning of a small boutique. Divyanka is one of the most humble celebrities one can ever come across in a lifetime. Despite tasting success early, she held onto the softness that has only made her stardom grow by manifolds.

While on the show, Divyanka recalled the moment she felt she had arrived. “I once went to London for the carnival. Once we reached the stage, people started shouting my character name, “Vidya! Vidya!” There was a Bollywood stage nearby, people from there came running to see this Vidya. My sister started crying that I have become a star. She has become famous,” she revealed. In another segment, she admitted that sleeping in a saree and sindoor is actually a faux pas on television. Besides, Divyanka slipped out an interesting tidbit that she if a biopic is made on her, she’d want Bollywood’s reigning queen Deepika Padukone to portray her part in it.

Manish played the politically correct person in the room and took his name for every question asked during the rapid fire round. However, he did slip into the details of unknowingly pioneering the show-stopper trend. “When I started with Yash and Avanti Birla in 1999, my show stopper was Urmila Matondkar. I was like you should walk for my show. At that point it was because Urmila and me had innings together, Rangeela and several movies after that. So, I was emotional. I didn’t know I was introducing the concept of show-stopper in India. Because I came from the movies, a lot of film stars like Twinkle Khanna, Akshay Kumar, Aamir Khan, everybody had come for my show. I actually introduced show-stopper and the front row. Then it just went on from there on. Of course, I was criticized for the bling and sequins but I never went into the whole critique and just did my work.”

Karan Wahi To Host 'Game On', The First Ever Music Cricket Talk Show