Drashti Dhami On A Table For Two: I’d Never Want To Work With Vivian Dsena Again 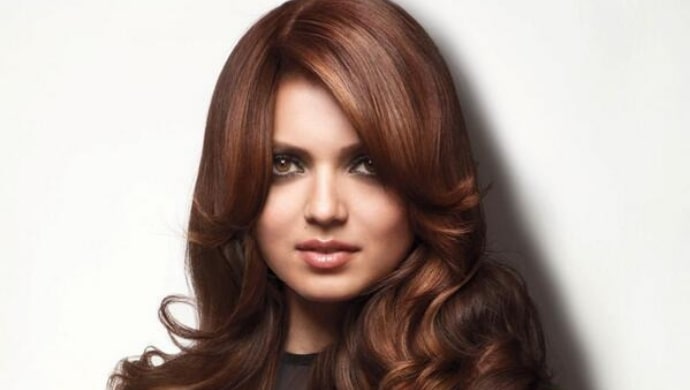 Television actress Drashti Dhami is one of the most sought after names in the small screen industry today. You have her popular stint in Dill Mill Gayye, Madhubala — Ek Ishq Ek Junoon and Geet – Hui Sabse Parayi, Ek Tha Raja Ek Thi Rani amongst others to thank for. Of all the pairings, Drashti and Vivian’s onscreen camaraderie remains one of the most hit couples of Indian television till date. As much as the audience would love to see them cast together, Drashti recently said on ZEE5 show A Table for Two that she would never want to Vivian again.

Drashti, along with her BFF and leading TV heartthrob Nakuul Mehta, made an appearance on the chat show A Table for Two, hosted by Ira Dubey. During the rapid fire segment, she was asked to name a star she’d never want to work with and ‘Vivian’ came her prompt reply. Looks like all of those speculations of a sour equation shared by the Madhubala show stars might bear some truth.

Moreover, even Drashti’s best friend Nakuul cemented our belief with a statement. He was asked to answer a few questions as Drashti and when asked one person she’d never want to work with, Nakuul gave a cryptic reply saying, “Vivian Dsena is her favourite co-star. They had a very successful show.” So much so that Drashti even chose her Pardes Mein Hai Mera Dil co-actor Arjun Bijlani over Vivian in the rapid fire. When Ira asked Drashti what name comes to her mind when she hears ‘Mr. I know it all,’ she responded with Vivian’s name.

Notably, Drashti expressed a keen interest in working with her Ek Tha Raja Ek Thi Rani co-star Siddhant Karnick. Although the show failed to attract eyeballs, their chemistry was lauded nonetheless. Directors, we hope you are taking notes.

We wonder what Vivian would have to say about Drashti’s comment. Over to you, Vivian!

In the meantime, catch the full episode of A Table for Two featuring Drashti Dhami and Nakuul Mehta on ZEE5 now!

After Why Cheat India, Emraan Hashmi To Produce Father's Day