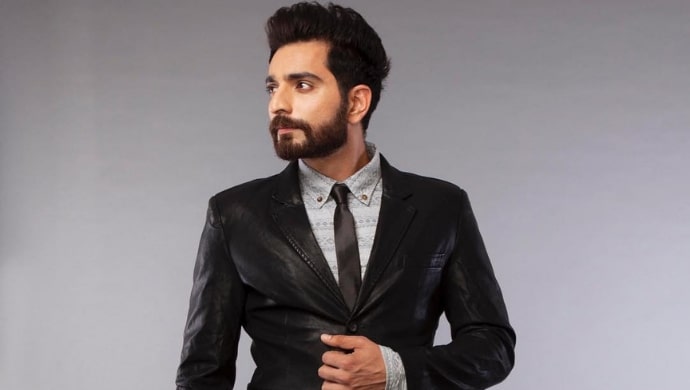 The young and dashing  Siddhant  Karnick essayed the role of Rana Indravadan Singh Deo in the popular television serial Ek Tha Raja Ek Thi Rani. The actor got girls swooning over his sharp and edgy looks. Girls want him, guys want to be like him! The handsome and charming onscreen king has got female attention at his feet. There are no qualms that he is indeed ruling a million hearts, but ever wondered who is that one girl who rules his heart?

It is advised that girls keep their tissues handy. Umm…well, we are sorry to break this to you, but Siddhant is married in real life and very much in love with Yahaan Main Ghar Ghar Kheli star Megha Gupta. Megha too is a TV actor and has headlined many of the well-known shows in the past.

Siddhant and Megha kept bumping into each other at various events but it was only when they met at Vivian Dsena and Vahbiz’s party that Cupid struck the couple! After dating for a year, Megha and Siddhant decided to take their relationship to the next level in 2016. However, following Megha’s father’s sudden passing away, wedding celebrations were put on hold and the lovebirds decided to have a simple court marriage.

Five months into the new phase of their life, Siddhant and Megha exchanged their I do’s in a traditional big fat Punjabi wedding at Nasik, in the company of their friends and family.

The major highlight of the wedding was that the bride, Megha, entered the venue on a bullet, ready to elope with her lover boy!

Happily doling out #CoupleGoals, Siddhant and Megha are two teenagers in love. We wish the lovebirds all the happiness and joy.

Saqib Saleem's Rangbaaz Is Filled With Hues Of Crime, Blood Lust And Dirty Politics. Watch It On ZEE5 Now

EXCLUSIVE: Shivani Raghuvanshi On Posham Pa: I Ended Up Justifying The Crimes In The Movie

DID Battleground - Weekly Challenge: Spot A Lie About The Judges And Win Prizes