Ekta Kapoor On Broken But Beautiful Season 2: Not Based On Personal Experience

The trailer and music album of Vikrant Massey and Harleen Sethi-starrer web series Broken But Beautiful Season 2 was launched recently. 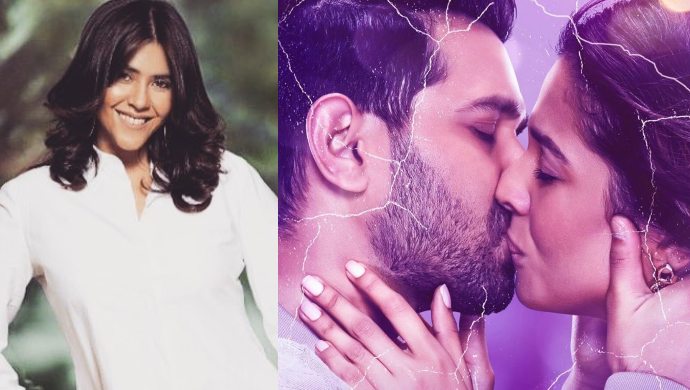 Broken But Beautiful was probably the first-of-its-kind web series that depicted the pain and hardship of a breakup. We have seen onscreen projects immortalize eternal romance and teach us about having the one true love in life. It wasn’t until Vikrant Massey and Harleen Sethi showed the reality of the agony one experiences when a heart breaks that the elephant in the room was addressed. Yes, love makes the world go round, but breakups are a train wreck. Broken But Beautiful showed what splitting from your loved one can do to a person. Broken But Beautiful Season 2 is all about moving on, after emerging from what seemed like a dead end.

Broken But Beautiful Season 2 is a ZEE5 Original and ALTBalaji Original digital drama set to stream on the respective OTT platforms from 27 November 2019. Recently, the trailer and music album of the web series was launched amid much fanfare and excitement. Present at the event was ZEE5 Programming Head Aparna Acharekar, ALTBalaji head honcho Ekta Kapoor, producer Sarita Tanwar and other dignitaries. I happened to get lucky and be presented with an opportunity to ask Ekta about the inspiration behind making Broken But Beautiful Season 2. Smiling, the content czarina replied, “It just happened to me one day. It is not based on any personal experience.”

Broken But Beautiful Season 2 explores the lives of Veer and Sameera after moving on. Sameera moves on to a relationship with Ahan (Gaurav Arora), a positive and happy-go-lucky man. Gaurav Arora was earlier seen in movies like Raaz: Reboot and Love Games. Veer develops a strong friendship with Debbie, a wine sommelier who loves life. Anuja Joshi, who makes her web-series debut with this show, plays the role of Debbie.

Will Veer and Sameera, the two broken pieces of a magnet get together once again? Don’t forget to catch Broken But Beautiful Season 2 on ZEE5 from 27 November 2019 onwards to find out.

What do you think – can two broken hearts heal each other and enjoy a happily ever after? Does #LoveFindsAWay? Let us know in the comments box below using the hashtag.

Exclusive: Anshuman Malhotra Of Love Sleep Repeat: After Haider I Knew I Wanted…

Ragini MMS Returns Season 2: Beware, Past Comes To Haunt This Holiday Season On…