Escape From Nabha: 7 Chilling Facts Behind The Most Daring Jailbreak, Operation Parindey

Did you know armed men posed as police officers and stormed a high-security jail? This and other shocking facts that resulted in the Nabha jailbreak. 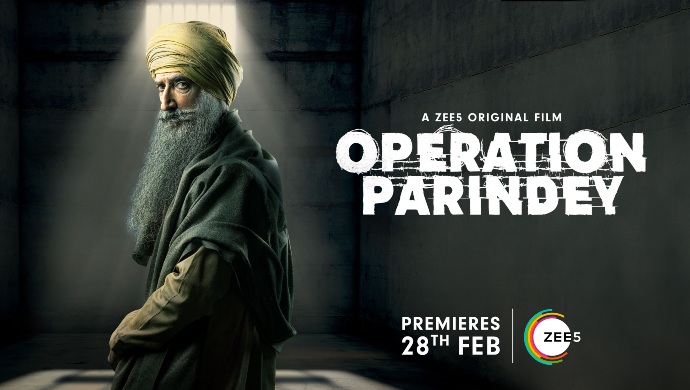 To add more thrill, more chase to your binge-worthy weekends, ZEE5 once again brings a fresh new jailbreak story that would keep you entertained! Directed by Dhoom-famed Sanjay Gadhvi, Operation Parindey is all set to make its way to your weekend binge list. The fast-paced action thriller is a fictional account of one of India’s most controversial jailbreaks.

For the uninitiated, Operation Parindey is a fictional account of one of the most controversial jailbreaks in the history of India. The plot explores the Nabha jailbreak where two terrorists and four gangsters managed to escape Nabha prison in broad daylight. Nabha is considered to be a maximum security prison but despite the stature, six prisoners managed to jailbreak. Here are some facts that helped criminals escape Nabha.

Ahead of the planned attack, an alert was issued. Turns out, two months before the jailbreak, an alert was circulated stating that a neighbouring country’s intelligence agency was planning to team up with pro-Khalistan groups and militants.

When the armed men entered the prison, they announced themselves as security personnel who had brought a prisoner along with them for verification. Due to slack in the security and the absence of strict frisking and ID checks, the men managed to enter the prison, as planned by them. They were allowed to enter the prison solely based on their police uniform!

Despite the looming terror threat surrounding the borders of Punjab, ideal CCTV installations near the main gate at the Nabha jail were not done. The attackers seemed to be aware of this lax in security and planned accordingly.

More than 10 rounds of shots fired

Right after entering the prison, the men immediately started shooting bullets in the air. About 100 rounds were fired by the armed men in the jail premise.

As the armed men continued to shoot fires in the jail compound, none of the policemen retaliated in defense. Not even a single bullet was fired in retaliation to the attacks.

It has been revealed that the inmates used social media to constantly share updates on Facebook and WhatsApp. Since the prison also didn’t have jammers installed.

During the jailbreak, two terrorists in the jail premise, along with four gangsters, were waiting for their men to come and free then.

10 Bollywood And TV Celebrities Who Embraced Parenthood Through Surrogacy