EXCLUSIVE! Aahana Kumra On Working In Films Vs Digital Medium: It Is A Double-Edged Sword

"I hate going to the theatre now...but there is a romance to the big screen," says ZEE5 Original web series Bombers star Aahana Kumra. 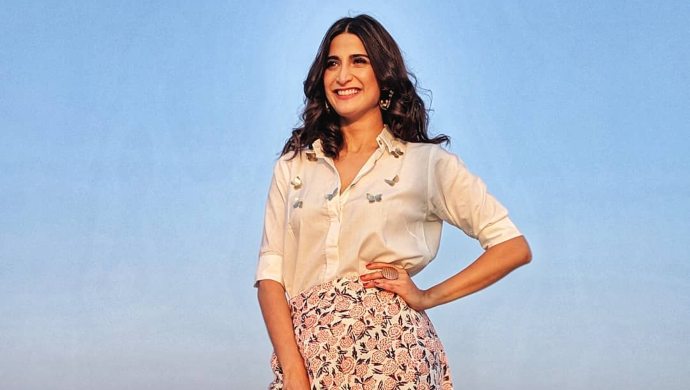 ZEE5 Original web series Bombers marks Aahana Kumra’s fourth outing on ZEE5 after Rangbaaz, Yours Truly and The Accidental Prime Minister namely. “I am the poster girl for ZEE5,” laughs the actress who has slipped under the skin of a variety of characters, transitioning from television to films to the digital medium. She admits that she hates going to the theatre now, with the advent of OTT, but also asserts that there is a romance to the big screen. In an exclusive interview, read Aahana spill the beans on what she thinks of OTT platforms, film reviews and cinema viewing experience in the current times.

Here are the excerpts from a free-wheeling late evening conversation with Aahana:

1. How do you view the advent of OTT platforms personally?

I hate going to the theatre and watching anything now. I can watch anything in the comfort of my home, then why should I kill myself when I do have the luxury? It becomes easier! And look at the rise these days, there is so much content. We need to understand the world we are getting into right now. There is an enormous amount of pressure on everyone. Today what people are trying to do is make their presence felt, ki bhai I am relevant on social media. Those who are not on it are trying ways to get on it.

2. As an actor, how has OTT helped your audience you feel?

Watching films is always a personal thing I feel. I have always disagreed with reviews because it is such a personal thing. When you are watching a film you might feel an emotion which others might not feel, it can do anything to you but not to everybody else. It depends on what mindset you are coming from, what thought process you have at that point in time. If somebody tells me yeh film bakwaas hai, dabba hai, I go like, boss, I will figure it out for myself, thank you very much! Tumhari opinion ki koi jarurat nahi hai, I didn’t ask for it. In today’s times, everybody wants to become a reviewer and making a film is bloody tough. It’s not at all easy to make a film: what goes behind the camera, what happens when. People trash it in like minutes you know.

I, first of all, feel it is a very personal space to make a film. Secondly, I feel watching a film and viewing it is personal too. What you may feel, the bajuwala may not feel it. The minute I started watching it on my laptop, my small device screen, it became so intimate for me as if the visuals are talking to me. I understand if you are studying cinema or at least in the horror type of genres, it’s important to have a big screen for the effects and all. But every genre doesn’t require for you to watch it in a theatre. I don’t feel anybody should thopo their opinion, figue it out for yoruselves na. Do you run your kitchen by other people’s opinion? No na, you do it because you feel this is right for me. One should just stand by those things I feel. A lot of my friends are like Hindi film hum nahi dekhenga theatre mein. It’s become a very personal space for people, OTT has only helped.

People are consuming more content, I didn’t even realize I was myself consuming so much. I am sitting in a place and binge-watching one film after another, which otherwise I wouldn’t have had the time to watch in a theatre. So why not? Why not utilize the time and the medium?

3. Do you think working in the web space is beneficial than in films?

4. An OTT platform offers a wider and international appeal which the films might not. What is your take on this?

“It’s like the next Versova,” the actress says about Indian films travelling and performing well in the Chinese markets. Of course, that is true. I hear China is a huge market now.

Do you agree with Aahana’s views? Tell us in the comments box below. Keep watching this space for more updates about Aahana Kumra.