Elnaaz, who rose to fame with Sacred Games last year, has featured alongside Salman in a couple of ad commercials earlier. Read her interview here. 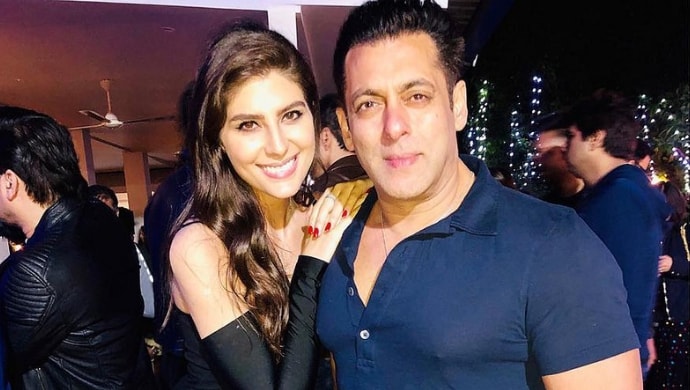 Iranian-born actress and model Elnaaz Norouzi is the latest ‘IT’ girl about tinsel town. She claimed fame with an international web series Sacred Games. Elnaaz has worked in ad commercials alongside Salman Khan and Shah Rukh Khan early on in her career. She has also appeared with Guru Randhawa in his music video for Made in India and recently made her film debut with 2018 movie Khido Khundi. Her latest screen outing includes the role of a cop Natasha Hashmi in ZEE5 original series Abhay. In short, Elnaaz is on a roll!

The foreign beauty has definitely made a splash in a short span of time. Besides, she has been paired opposite the bigwigs of Bollywood. In an exclusive interview, Elnaaz extensively spoke to us about these stars she grew up watching and the ones she wants to work with. When asked which actors in India she wants to work with, Elnaaz replied: “In India, it has been a childhood thing, it has been Aishwarya Rai Bachchan and Salman Khan.” The actress asserts she grew up watching Bollywood films and it was always her plan to become an actor. Elnaaz also thinks that Hollywood star Leonardo DiCaprio is a fabulous actor.

LOVE ❤️CARE 🥰 JOY 🌹 #throwback to this beautiful campaign for #beinghuman with @beingsalmankhan Which look is your fav one from this Shoot ? 😍 . . . . . . . . . #salmankhan #beinghumanclothing #elnaaznorouzi #campaign #actor #sacredgames #fun

However, Elnaaz’s all-time favourite is Hollywood veteran, Meryl Streep. “My all-time favourite actress has always been Meryl Streep. I have seen so many films of hers. I respect her so much. I follow her so much because I feel that she also had a great time of struggle. She also was rejected so many times and in so many ways. But she worked her way up with great acting skills which I am not sure if I will ever be able to reach but I am trying to, I have been attending so many workshops. She is one woman I really respect and I really look up to. If I ever get a chance to work with her, I will pay. I am not dreaming that high yet, but people say you should dream big,” she elaborated.

Have you watched Elnaaz’s performance in Abhay? Did you like it? Comment with your views in the box below.

Yeh Teri Galiyan To Take A One Year Leap After Asmita Arrests Shaan!