Simaran Kaur, aka Kamakshi of Aghori, opens up on why she connected with her character and prayed to get the role. Also, find out if she is single! 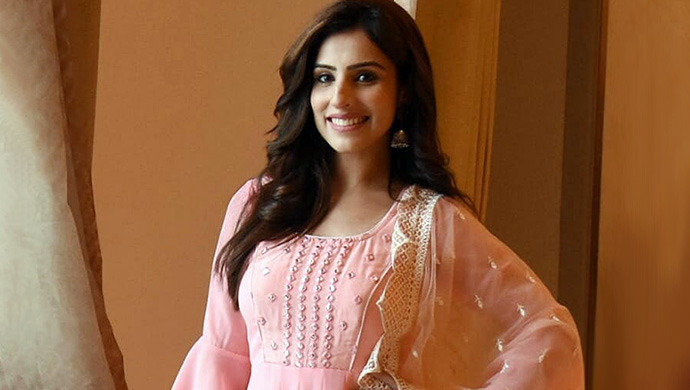 Simaran Kaur, plays the role of Kamakshi in the TV show Aghori. She stars opposite Gaurav Chopraa. Simaran Kaur speaks to us about her decision to pick Aghori as her second show. She also briefly talks about her earlier role in the TV Show Agnifera and dubbing for popular animated character Nobita. Read on to find out more about here.

Int: What made you pick Aghori as your new TV show after Agnifera?

SK: So after Agnifera, I went for a number of auditions, one of which was for Aghori. I’ll tell you what this was a unique concept. It is so unexplored on Indian TV. Even while shooting it is very mysterious and different. It’s not like a proper daily soap, like a typical daily soap. My last show Agnifera (watch the show here), was a typical daily soap which is good in it’s own way. But Aghori is very different from my last show which is why I wanted to do it. Also my character in Aghori is so sweet and compassionate. You don’t see a lot of people showing empathy to others nowadays. That was one reason I was praying after my audition like ‘please, please let me do this role. It was a role I felt I would really enjoy doing.

SK: In fact, when I went for the audition I could really relate to my character. Because she is compassionate and sensitive about other’s feelings which I always feel is hardly seen is today’s world. When I was reading about it, she is sweet and positive. Despite it being a little basic for every female lead like taking all the negativity and making it positive. There’s a bit of that too. But I like that she is compassionate, and we are both nature lovers.

SK: Since I’m not an Aghori, no, But the Ahgoris, mainly Gaurav Sir, they do their stunts so well. Gaurav sir is a real inspiration. With that harness he goes 25 feet in the air, sometimes he does water stunts. I had to wear the harness for one scene where he lifts me up from a boat. So for me it is more of a romantic story. Like I love fairy tales and doing this show feels like I’m living in a fairytale. Where the hero flies and lifts you up and takes you to a different world. So I love it! But to answer your question, I’ve not done any stunts yet but I would love to do some.

Int: A major part of the show is the relationship between Advik and Kamakshi. What have been the early reviews for your chemistry with Gaurav Chopra?

SK: We see the audience reactions on social media and all. The early reactions seem to be nice. People have already come up win names for the couple like AdviKa and KamAdi and what not, so I think it looks positive. But I feel a lot of credit for this goes to Gaurav sir too. Since we are the romantic lead our chemistry we need to bond well. He makes me feel quite comfortable. Since I’ve only done one show before this, his inputs in how I should do a scene are really useful I think. Apart from that of course the whole cast and crew of the show work in making our story exciting for the audience. You’ve seen the show? What do you think of the leading pair?

Int: Well… all the supernatural elements are not seen much on TV so I would say it is a refreshing pair.

SK: Thanks for the compliment.

Int: Speaking of compliment, in our interview with Gaurav, he called you “very fit”. Any diet regime you follow?

SK: Not really. I’m a trained dancer so I burn most of my calories that way. Apart from that I like to eat everything that is healthy. But I also believe that you should eat everything in it’s limit. So I avoid going overboard.

#Repost @priyanksharmaaa (@get_repost) ・・・ Some 8 years back this was with @simaranhk ! #michaeljackson #mj P.s. yeah that’s me 🕵🏻‍♂️🕵🏻‍♂️ Setting the stage on Fire with @priyanksharmaaa

Int: Also, do you have an specific compliment you received for your work which you really cherish?

SK: I like all compliments and I don’t like to rank them. I feel like the last compliment I receive is the best compliment. Like for example you saying I make a refreshing pair with Gaurav sir on screen is my favourite compliment right now.

Int: This question is a little off-topic. How do people react when they find out you are the voice of Nobita? What has been the weirdest/funniest reaction?

SK: (Laughs) So, I started dubbing for Nobita when I was 11-years-old or so. I would enjoy it a lot going to the studio after school. And apart from my family and school friends not many people knew that I was Nobita’s voice. Then one day a friend took a recording of me talking in Nobita’s voice and put it on social media. Since then it became so popular, kids and even adults messaged me saying how much I affected their childhood. One of the funny reactions is when small kids look at me and say ‘You are a girl, Nobita is a boy? Nobita has big eyes, you have normal eyes, how can you be Nobita?’ So then I ask them to talk as Doremon and I talk as Nobita to them and then the make the connection.

Int: Your fans would like to know if you are single or not? If yes, what’s your idea of an ideal partner?

SK: So, I’m not dating anyone as of now. And I also don’t have a type of guy I date. For me it depends more on how much I connect with the other person. If we have similar mindsets and agree on the important things, I’m more than happy. I avoid looking at the other shallow qualities.

Int: What are you watching or have watched on ZEE5?

SK: So the last thing I watched on ZEE5 was The Final Call and Kaafir and I really liked it I thought those were really good.

Watch how AdviKa’s supernatural romance pans out on Aghori, now streaming on ZEE5.