Sana Amin Sheikh plays the character of Kanpur girl Walia in the ZEE5 Original movie Bamfaad. Read on for an exclusive interview! 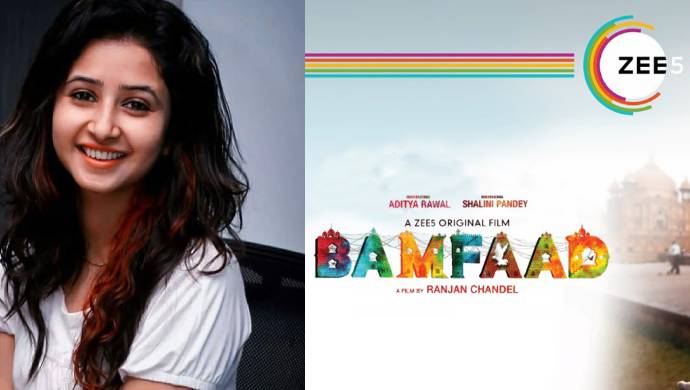 The Allahabad-based love story with an impressive star cast including Paresh Rawal’s son Aditya Rawal and the Arjun Reddy actress Shalini Pandey, Bamfaad, is a film that is worth a watch. The directorial debut of Ranjan Chandel has been released on the OTT platform ZEE5. The film has already garnered immense appreciation for the raw emotions and the perfect cinematography. In a candid chat with ZEE5, Sana Amin Sheikh, the actress who plays Walia in the film revealed how her journey was from Singham till Bamfaad! Here are some excerpts from the conversation.

But first, have a look at the trailer of the film Bamfaad here.

1. How was your experience playing Walia in the film?

It was amazing playing a fresh character in Bamfaad. I have extensively worked on television and when it comes to films, the casting for fresh faces without a brand name on them is something that is religiously followed. They stick to casting actors from web series, advertisements. So it came as a surprise when the casting director of the film, Taran Bajaj… I knew him as I had auditioned for him before for a few ads and films that didn’t materialise. The next step was to audition for Walia’s character. I had always wanted to play a Muslim character on screen, always wanted to speak Urdu. A lot of scenes have been chopped off from the film but we had so much fun shooting for the film. We really bonded well in the one month that we shot for this film. The entire cast including Aditya, Shalini and others attended a few workshops before the shooting began and this helped us become well-acquainted.

I have learnt a few new things while shooting for Bamfaad. As I have worked for TV, here in the film, I came as a fresher. So I used to hang around the set learning new things, trying to imbibe it all within.

3. What was the feedback for you?

I think the director and the entire cast talked to me for about 20-30 minutes and they told me that despite staying in Mumbai your accent is so unlike a Mumbaikar’s. They also told me how I had a North Indian tinge to my language and pronunciation which made me perfect for Walia.

4. Do you relate to the character of Walia?

Walia is a small-town girl, she is very old school. Somewhere, I have always felt that even I belonged to a small town instead of the glitters of Mumbai. I can relate to Walia’s simplicity but she is a person who believes that the world is her town and in certain ways, I can say that she is very unlike me. So I partly relate to my character in Bamfaad.

I don't know how much of a surprise I'd be.. But @piyushputy you got me emotional here and you are a Star 🌟 #Bamfaad

5. What was it like working with the director of Bamfaad?

He was a debut director but he did not seem like a debutante. He was very clear with his thoughts and his vision. He had every character crystal clear in his mind. Even while we were having the workshop, it was easy and fun for each one of us.

6. What are you doing right now and how are you coping with the quarantine?

Well, I haven’t stepped out of the house in a month; my whole area is sealed. But I am finding ways to keep myself entertained. I am WhatsApp-ing a lot. Trying to get in touch with everyone from school, family and friends. I am also working from home currently but I miss shooting.

The actress bade goodbye by adding that she felt really good that the film is now streaming on ZEE5. She also added that she has great vibes coming about the success of this one! Phew, fingers crossed!

Have you watched the film Bamfaad on ZEE5 yet?

Get all the live updates on Coronavirus on ZEE5 News Section