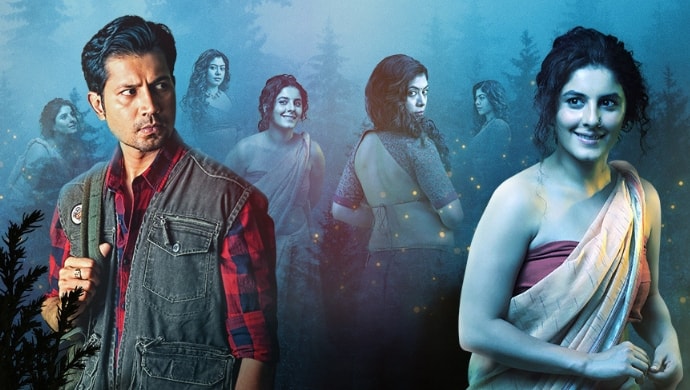 Sumeet Vyas needs no introduction. He is perhaps one of the few who first made a name in the digital space and then ventured into films. A famous face in the digital universe, Sumeet shall next be seen in ZEE5 original Parchhayee: Ghost Stories by Ruskin Bond. The upcoming episode, titled Topaz, shall feature Sumeet alongside Kaalakaandi fame Isha Talwar.

Check out the poster of their forthcoming web project here:

As for the episode, it has been shot in Goa. The story revolves around Sumeet’s character visiting a jungle, only to witness a strange series of events. Isha Talwar plays one of the locals who stays by the jungle side. We also see Dishita Sehgal play a child character in the web series. For those unaware, Parchhayee showcases a collection of some of the best horror tales by great writer Ruskin Bond. The digital project has starred the likes of Shakti Kapoor, Amol Parashar, Raima Sen and others in the previous episodes.

Watch the promo of the upcoming episode here:

Who is a friend, who is a foe? In the jungle you'll never know.Episode 7 of Parchhayee: Ghost Stories By #RuskinBond premieres 12th April, only on ZEE5 PremiumSumeet Vyas Isha Talwar #DishitaSeghal

Sumeet Vyas, last seen in Veere Di Wedding, recently got married to TV actress Ekta Kaul. Ekta earned recognition for her portrayal of Sahiba in Zee TV show Rab Se Sohna Isshq. However, she has been missing the screen for some time now. Sumeet’s next Bollywood outing is Made in China, which stars Rajkummar Rao, Mouni Roy, and Boman Irani.

Isha Talwar, on the other hand, works predominantly in the Malayalam film industry. She started out as a child artist in Anil Kapoor and Aishwarya Rai Bachchan’s film Hamara Dil Aapke Paas Hai in 2000. She has headlined several South Indian projects and returned to Bollywood with a cameo in Salman Khan’s Tubelight.

Topaz from Parchhayee: Ghost Stories by Ruskin Bond releases on April 12, 2019, on ZEE5.

Karenjit Kaur Season Finale Is Now Streaming On ZEE5! Watched It Yet?