In an exclusive interview with us, Gauahar also recalls a spooky incident that happened on the sets during the shoot of Parchhayee. 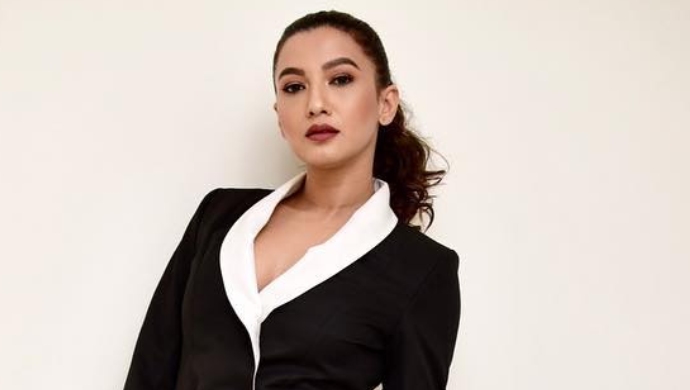 We earlier reported that renowned actress and model Gauahar Khan shall be seen in the next episode of ZEE5 Original Parchhayee: Ghost Stories by Ruskin Bond. Each episode in the series brings alive terrifying and spine-tingling tales by author Ruskin Bond. The digital drama will be the first time Gauahar is doing a project set in the horror genre. And albeit she doesn’t get scared, she did feel spooky during the shoot of the episode titled Night of the Millennium.

In an exclusive interview with us, Gauahar revealed that she is playing the role of a historian in Parchhayee. Her character comes to see a beautiful mansion which has been bought by her Naveen Kasturia’s character. In her conversation, Gauahar mentioned how because they were shooting all the time in the dark, she once refused to do a scene in the bathroom. Her character of an attractive historian had to enter the bathroom, but the Ishaqzaade refused to do so unless there is a person inside the bathroom already.

Besides Gauahar and Naveen, the episode shall also star actress Ruhi Singh. The Former Miss Universal Peace and Humanity Ruhi made her debut with Madhur Bhandarkar’s film Calendar Girls. Naveen, on the other hand, has assisted on various Hindi movies including Emraan Hashmi’s Tigers. He is quite a popular name in the world of internet.

The story of the episode revolves around a town where nobody who has sinned or offended can settle down. The narrative follows the journey of a man who enters the town to buy some property. But will he ever return? That yet remains to be seen! Who do you think shall play the ghost? Guess we will have to wait and watch.

For further information, keep watching this space to never miss an update about Parchhayee.

Exclusive Behind-The-Scenes Photos From The Streets of Badnaam Gali, A ZEE5 Original Film