EXCLUSIVE! Gaurav Chopraa: Aghori Was Not A Regular TV Show

In an exclusive conversation, Gaurav shares his feelings about his Zee TV show Aghori coming to an end and what about it will he miss the most. 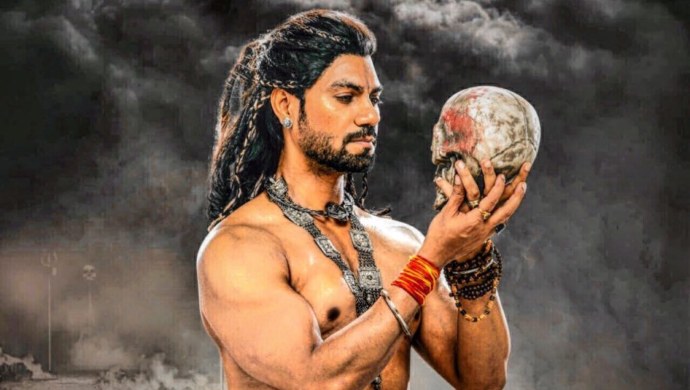 Gaurav Chopraa and Simaran Kaur-starrer Aghori, a supernatural thriller show on Zee TV, recently aired its last episode. The 28 episodes long television series narrated a love story between Advik, who is raised by a clan of aghoris, and Kamakashi, a girl born with superpowers. Advik is assigned to kill Kamakshi, but destiny has other plans for the two of them. How things change when they meet, forms the rest of the narrative of the weekend show. Needless to mention, the plotline of Aghori is something rarely attempted on the small screen before. In an exclusive interview, Gaurav shares his feelings over Aghori coming to an end and what about the show will he miss the most. Read on…

What are your thoughts about Aghori coming to an end?

The biggest feeling is satisfaction. I have been around for long enough and seem this in a confident way that Aghori was not a regular TV show. That meant that more than usual effort was required, from the actors, technicians, everyone. From my side, the physicality required, the action sequences, the way I had to look was a challenge. Because I wasn’t getting enough sleep, not enough time to hit the gym and then I was picking up cars in the scenes, my character was uprooting trees, I have shot inside an actual lake at 4 am. All of that requires time and preparation, here there was no time. We had to make it look larger than the usual television material, the action and acting both were complicated to portray. All the scenes were tough, I don’t remember coming back home a single day thinking today was easy. Eventually, I got used to that. I must congratulate the channel for going forward with the conviction for however long.

What has the response to the show been like?

My Instagram is flooded with DMs. People are messaging me saying how much they loved Aghori. We have definitely touched lives. It’s been a herculean effort, and by the end of it, it’s great that people don’t want the show to end and are asking for a second season. Bidding adieu that way is always better than the audience asking for the show to be ended. So of course, it’s a huge feeling of satisfaction. I am proud of the entire team, right from the channel, production, actors, technicians, everybody, for the kind of efforts they put in and maintaining the quality.

What about Aghori will you miss the most?

It’s a very difficult question to answer. Honestly, the complexity between Advik and Kamakshi is something I will miss. For a character like him, understanding relationships is difficult. He was a complex guy with confused emotions, so it gets difficult to portray all the more on television. How do you play a character who has something in his heart and shows something else in his eyes and on the outside? It’s not easy. That challenge got me in touch with this new side in me as an actor. There are times I’d tell the director I don’t want to say the lines, I want to emote through expressions only. I was experimenting and people loved it. Apart from all the superhuman action work I did, the experimenting part is something I’d miss the most. The chemist will miss me coming to the shop too, I guess (jokes). Every day I’d come home bruised and injured, but I really enjoyed it.

Anjum Fakih Wanted To Give Her Life For Shabir Ahluwalia: I Love You Shabbo!…

Russell Peters Deported Tour: He Returns To India And Begins The Tour With A…

Do you think there will be a season two?

If you ask me, the actual potential is in the webspace. On television, you get restricted. In the digital area, you can experiment more, make it darker. I am sure there would be more to it and make it more interesting! I really hope though it gets a sequel.

Share your favourite Advik-Kamakshi moment from Aghori with us in the comments section below.

The Verdict: Elli AvrRam, Kubbra Sait Go Retro In A #FashionFlashback To The 50s