EXCLUSIVE! Gaurav Chopraa Opens Up About Shooting For Aghori Around Cheetahs, Water Snakes

From his co-star Simaran Kaur to the mystery around Aghoris, actor Gaurav Chopraa gets candid like never before about his new Zee TV show. 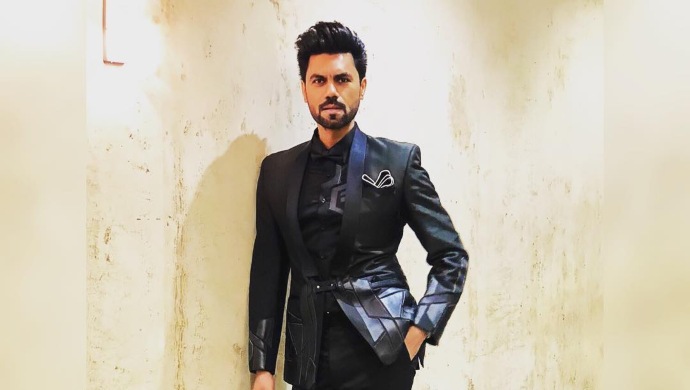 Actor Gaurav Chopraa is in the habit of setting a new benchmark, each time he enters the frame. His portrayal of the flamboyant Raghvendra Pratap Rathore is etched in the hearts of his fans till date. Next, he impressed us with his back to back outings in the digital space and has been the voice of Thor in the Hindi version of Thor: Ragnarok, Avengers: Infinity War and Avengers: Endgame. All set to bowl us over yet again, Gaurav recently made a smashing television comeback with Zee TV show Aghori. Albeit a weekend serial, his performance as an aghori Advik and that of a modern London-returned guy makes us coming back for more every Saturday and Sunday! Truly a feather in his already crowded hat, Gaurav, in an exclusive conversation with us, talks about what made him take up the show, the challenges of shooting it and more. Read edited excerpts of the chat below.

You can watch the latest episodes of Aghori here:

1. What is Aghori, the show exactly about?

Aghori is nothing like you’ve seen on TV, whether recently or before. I know there is a norm of supernatural shows on TV right now, where you have witches flying and putting black magic on each other. I don’t want to sound condescending or want to take away someone else’s work, I haven’t seen any of that because it doesn’t make sense to me. I want to make it clear first of all before I set out to define and design who we are, this is not who we are. Don’t put us in that box please, because that is what everything else is looking like these days. This is very very different. We have our own cultural mystery around this concept. People have visuals and questions in their minds about how aghoris are and what they are like. Coming out of this interesting mystery, comes a character who is put into fictional situations. He has some special powers and he deals with them on a very human level. It’s almost like you see the human side of somebody who has some powers and how he deals with emotional circumstances. Most importantly, the point to be underlined is an orphan boy who has nobody to take care of him is raised by a group of aghoris. He is taught and guided and tutored by them, he has a father figure who puts his hand on his head and takes him under his wings. They raise him because they always know he is a special boy. He grows up and the father figure sends him for a mission which is to go and woo a girl so that the girl can do what they are asking of her. For the girl to say yes, she has to be madly in love with the boy.

Now this challenge for somebody who has stayed away from distraction, from all kinds of emotions and relationships, somebody who doesn’t know what a mother is. He meets his guru after ten years, his guru goes like I am so happy to see you, you look so powerful, and this guy just blankly says why did you call me? Somebody who is completely away from emotions and attachments, his mission is to go and woo a girl, it’s funny and amazing and cute.

A sneak peek at what today’s episode will look like ! #advik the #aghori fights at 25 feet in the air ! Now that the back story has been explained today’s episode shall fly off into action , mystery and romance ! Keep your seat belts on! This was made by a tech assistant on the set. For me , if the action excites them , it’s a great sign. @zeetv @zee5 9:30 pm #actorslife #thor #indian #superhero #marvel #avengers

The show has fight sequences which are 25 ft in the air and the same guy who performs them fumbles jumbles in front of the girl. It’s actually a romantic cute story with the sprinkling of a lot of super action like I call it. There are times when I am underwater, there are times when I am lifting cars. It’s a fun ride and a romantic story between a guy who doesn’t know about relationships and this girl. He is trying to be all suave but he falls and doesn’t know what to say. It’s quite interesting and very fresh material. I must also add, it is very challenging to shoot. The circumstances and the deadline remain the same as regular television shows are shot, but we are trying to do some larger-than-life stuff, the challenges are there but it’s only possible because everybody is so gung-ho about the show.

I was concerned because I did not want to be in the phase of Indian television where a lot of such shows are coming on. I have been staying away from regular GEC television about two and a half years, the reason was purely because the digital space was offering me better work. I did four of them back to back. To me, to come back to TV was a bit of a concern in my mind as well. It has to be a show I was in sync with, that matched my own taste. I have done enough TV to know ki ‘TV drama hota hai wo karna hota hai‘ but not at the cost of my aesthetics. I should be able to watch it myself, I should be able to tell people to watch it. I am not someone who works for the sake of it.

For my concern, they very pleasantly shared their research with me. This level of extensive research is not done before a show, it’s mainly about where the TRPs will come from. They had researched everything about the tribe, who aghoris are and that I found really interesting. I was anyway quite curious about the concept, then I did my own reading, watching and asking people. I realized that this needed to be said. You might have conceptions about them but there are all kinds of people. Within any community, there are good people and bad people. I thought that maybe we are in a fictional space but the character is being taken up in a true manner. It’s a storybook for some kid who is looking for big, magical action or a girl who wants to watch romantic stuff. I keep telling people you need to look at it with a broader vision and not the myopic lens.

3. We have mostly seen female characters lead a supernatural show. Were you happy to be headlining a show like Aghori?

My character is like a warrior in the making. Because he was raised by them, he feels indebted and blindly follows them. That was one of the biggest factors for me to say yes! It is very rare to make such a hero-centric show. When they make a lot of stories with female protagonists, the logic given is because there are a lot of women watching. If females are watching it, wouldn’t they want to see guys? I think they would be interested in seeing an attractive character? If there are more females watching, hey, give them good guys? I am not saying I am one of them, I am just debating the concept. Of course, she will relate, but give her want she wants? I am sure they will enjoy that more. I am completely for the LGBTQA community, but I am just saying give them what they want. Coming back to character, I really look forward to what they will make me do in the next episode on the sets.

It’s a challenging role physically and even performance wise. The two contrast that I am making between the aghori version and when he is pretending to be a London-returned urban English speaking young modern guy. It’s very challenging because there are scenes when sometimes I turn, I am an aghori, sometimes I turn and I am a normal man. It requires if I may say, accurate performance in terms of the detailing. Apart from the physicality and the fact that they don’t give me clothes (jokes), my makeup room has weird movements because I am doing pushups inside. I must clarify, I am working out.

4. Are you following a strict diet or a regime for your shirtless look in Aghori?

The fitness regime is to not sleep, and to not rest and not go to the gym, shoot more hours than I am supposed to. It’s happening by itself because I am not doing anything in particular. The work we are doing is not regular television. I am somebody who feels very responsible for the whole project. I take ownership, nobody asks me, but I just do. I feel bad if something is badly or haphazardly done. I’d rather stay extra hours and do it properly.

Suddenly we go to Film City lake to shoot, and the director goes, how would it be if you come from under the water? And it’s 3:30 – 4 am, it’s a deep lake and just ten minutes before that we had spotted two cheetahs who were trying to drink water from the other end. There are water snakes the staff is trying to ward off from around us and the director wants me to be under the muddy, dirty lake water. The aghori says let’s do it, we do it! What happens to my body and my skin is a different story. Then I have to lift my co-star Simaran Kaur, thankfully she is quite fit herself. But no matter how fit your co-star is, the fact of the matter is if you hold someone for more than ten minutes your arms and shoulder do pain. On top of it, you have to look like you are doing it effortlessly.

What are your views about Gaurav Chopraa’s portrayal of Advik in his new TV show Aghori? Share your views in the comments box below.

In the meantime, watch the season finale of Karenjit Kaur: The Untold Story of Sunny Leone on ZEE5 now