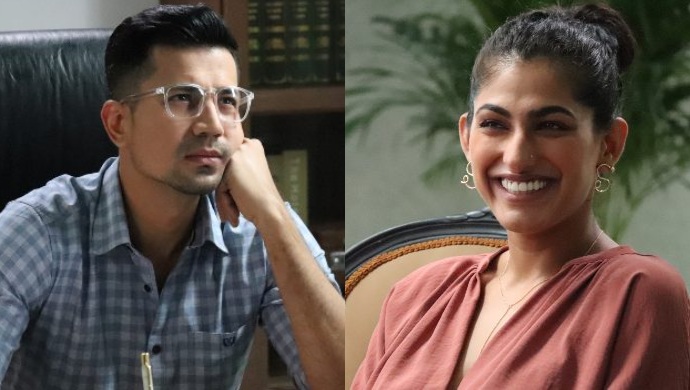 Director-producer Goldie Behl returns in the director’s chair with upcoming ZEE5 Original web series REJCTX. A high-school musical drama revolving around a bunch of Indian kids in a foreign setup, the web series stars Sumeet Vyas and Kubbra Sait in prominent roles. Besides, Anisha Victor, Ahmed Masi Wali, Ridhi Khakhar, Pooja Shetty amongst others essay the role of students and band members. The digital drama, a first for Goldie, touches upon several subjects involving teenagers such as dysfunctional family, gender fluidity, addiction and several more. Ina n exclusive conversation, the director and co-producer talks about the subject of REJCTX, the advent of OTT platform and more. Scroll to read edited excerpts of the interview.

Q. REJCTX marks your directorial comeback. How excited or nervous are you?

I am super excited. I did Aarambh last, which was a big-budget show but unfortunately didn’t fare too well. REJCTX is something that is very close to my heart. I am a perpetual high-schooler in my heart. In my head, I am still stuck in high school. I have done a high-school based show when I had started out many many years ago.

Q. What made you choose the title REJCTX?

To be fair, it was an idea that came up while talking to Tarun Katial (CEO of ZEE5). TK and I both have children growing, being an involved parent, a father, we had a sneak peek into the high-school life. It’s a completely new world out there. We felt it right to show Indian kids as global citizens. We have always seen high-school and teen shows from abroad, but there is very little representation from India. You have kids from China, Japan, Korea, Latin America so why not do a show about kids from India in an international setting and talking about issues that are global? This show talks about issues that are not only relevant to Indian kids but to those all over the world – be it gender fluidity, body-shaming or porn addiction or dysfunctional families, the problem with your sexual performance, religion, we touch lightly upon politics also. We wanted to do a show that talks about all this. So, we set the show in Singapore. We have Indian kids going there ad facing, issues, rejection at that early stage in your life. It’s how you convert rejection to something positive. That’s what the series is all about. The world may reject you, but you should be able to go on beyond that, embrace the rejection is what I am trying to say. These kids make an underground music band called REJCTX and that’s how they get the name.

Q. Did you also contribute to the writing to the web series?

I have worked on the show, with writer Novoneel Chakraborty. The writing person is longer than the shooting process. We took four months to write it, and two to shoot it. We had two younger writers as well to write the screenplay for us. So yeah, it was four of us together.
We got a first-hand experience of school through our kids. We ended up discussing about it and thought why not make something around it. The experience really helped, the germ came from our real-life experiences.

Q. Tell us more about the music of REJCTX.

I was very keen to work with Sneha Khanwalkar. We have been talking for the past 5-7 years to work together but couldn’t find the right project to collaborate on. When finally, time came, I called her up, and I said let’s do this, it’s a young show. People will now understand Sneha’s music better than they did earlier. She has this unique original touch to her. She went about casting the voices also, you will feel like, the kind of voices she has casted for them to sing, you will feel like they are the same people singing and saying dialogues. There are a lot of stage performances, but you will not find them just loud noisy songs you know, or just EDM kind of music. There is a whole range of melody, composition and singing. It’s a complete bouquet of talent.

Q. How was it working with so many kids, Sumeet and Kubbra?

Every scene in this series is filled with people and lot of things happening. It’s that kind of show, it’s got volume, energy, pace, thriller and music to it. To support the kids, you need some sort of credibility to the show, it comes also from people who are a part of it. Sumeet and Kubbra bring credibility to the show. They have been so wonderful with the kids, be it with cueing the lines, facing the cameras they have been mentoring them. It’s been absolutely fantastic to have them, especially Sumeet, he has a different look and his character adds a lot. He is looking also very different, he is fun and got a dark sense of humour in the show. Kubbra is a complete mystery woman in the show and a teenage high-school boy’s fantasy and she lives upto it completely.
I listen to the same music they listen. I watch the same stuff. I cannot fit into their clothes, but I am very much like them in my mind.

Q. Any particular reasons for choosing thriller as a genre?

We have seen high-school drama in films in India. I wanted to add something more, an additional layer that when you peel you will find something new. With Novoneel, we have been able to add that whole thriller look and feel to it.

Q. As a director-producer, how do you view the web medium?

You can tell a longer story with more characters and subplots, versus in television or film. The narrative structure is different. A film usually has a single protagonist, television has a different grammar altogether. The making is close to the film, but logistics is like television. The web is a hybrid between television and cinema I feel.

REJCTX releases on ZEE5 on 25 July 2019. Keep watching this space to know more about REJCTX. In the meantime, tune into ZEE5 to watch a new original film Badnaam Gali starring Patralekhaa and Divyenndhu Sharma.

You can also check out how 16-17 July’s Lunar Eclipse will affect you based on your Zodiac Sign.