Leading Zee TV shows Guddan: Tumse Na Ho Payega, Ishq Subhan Allah and Jamai Raja are all set to get a spin-off of their own. Read more for deets. 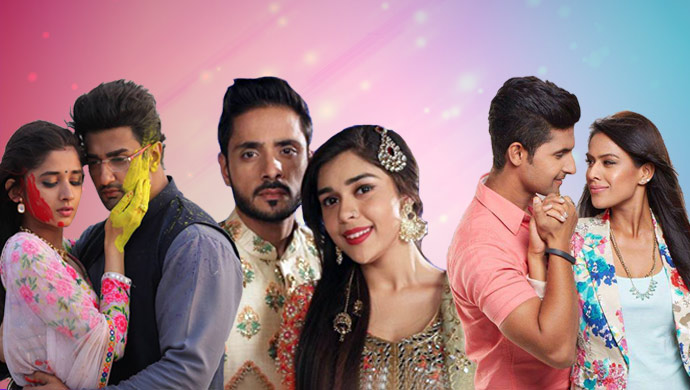 Good news for fans of Guddan: Tumse Na Ho Payega, Ishq Subhan Allah and Jamai Raja! We have exclusively learned that each of these leading Zee TV shows is set to get a spin-off series of its own. The idea of a spin-off originated from the humongous success and massive legion of fans enjoyed by these daily soaps. A well-placed source informed us that the shooting will first commence for the spin-off of Ishq Subhan Allah, followed by maybe Jamai Raja and then Guddan: Tumse Na Ho Payega might take off.

For those living under a rock, Guddan: Tumse Na Ho Payega and Ishq Subhan Allah are currently being aired on television. The former serial stars Kanika Mann and Nishant Malkani as the lead characters Guddan and Akshat Jindal respectively. The show revolves around the story of Guddan becoming India’s youngest mother-in-law and how she ends up getting married to a widower AJ. Interestingly, the spin-off will be titled Bittan: Tumhara Time Aayega.

Ishq Subhan Allah, on the other hand, revolves around Kabeer Ahmed and Zara (Siddiqui) Ahmed. The couple gets married in odd circumstances, but end up falling for each other. However, both Kabeer and Zara find themselves at crossroads due to their difference of opinions. The show stars Adnan Khan and Eisha Singh as Kabeera nd Zara respectively.

As for Jamai Raja, the TV soap is an old show starring Ravi Dubey and Nia Sharma in the lead. Their characters Siddharth Khurrana and Roshni Patel face opposition from the latter’s mother D.D. Patel (Achint Kaur). D.D. Patel is a rich jewellery businesswoman who is highly egoistic and has no mercy on anyone including her own daughter. The show enjoyed a three-year successful run with several leaps and plot twists. So much so that it even added to Ravi and Nia’s popularity.

All said and done, looks like the trend of spin-offs is finally catching up with the television circuit too. Recently, leading Zee TV show Kumkum Bhagya got a spin-off series titled Kundali Bhagya which went on air in 2017. The daily soap starring Dheeraj Dhoopar and Shraddha Arya in the lead became an instant hit, sometimes beating Kumkum Bhagya in the TRP race too.

Katrina Kaif Is More Interesting On Social Media Vs In Real Life: Varun Dhawan On Pinch