Exclusive! Harleen Sethi: It Was Surreal To Dance To My Own Rendition Of Teri Hogaiyaan

Harleen opens up about #TeriHoGaiyaan contest, season 3 of Broken But Beautiful, dancing with Melvin Louis, singing debut and more. Read on 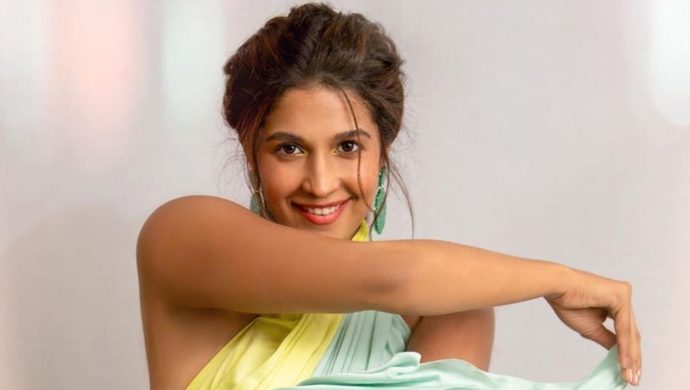 Harleen Sethi has caught the fancy of several filmmakers, storytellers and casting directors owing to her impeccable stint in Broken But Beautiful Season 2. The pretty Punjabi girl boasts of a smile that can light a zillion lamps and acting chops that can keep you hooked and booked, in her arsenal of weapons. She also enjoys a reputation and a moment or two with the media for her dancing skills. Recently, as a part of the #TeriHoGaiyaan contest, Harleen shook a leg with renowned choreographer Melvin Louis recreating her own rendition of the song from the ZEE5 Original and ALTBalaji Original. As the contest went live, we took the opportunity to chat with Harleen about her singing debut, playing Sameera and the way forward. Read edited excerpts of our exclusive interview here:

How soon can we expect season 3 of Broken But Beautiful?

Honestly, I have no clue. When season 1 had come out, we had no plans of season 2. Now that season 2 has come out, I don’t know if there will be a season 3 or not. Even if there is another season, I am not sure it would be with the same cast, storyline and all. I don’t know.

#TeriHoGaiyaan contest is live. Tell us about your equation with Melvin Louis.

I think when you are comfortable with someone, when you share a bond, a certain camaraderie, it just reflects on screen. I think it’s just that with Melvin, he and I are very easy. He is a very nice and kind guy. He is very collaborative, if I want to change some things, he does take it into account. He is a really smart choreographer; he knows how to choreograph for different people. He is just a great package – a good friend, a dancer, a choreographer.

What is it like when you two shoot together?

Melvin understands the vibe of the person he is dancing with. He likes to incorporate it in the choreography. I don’t know about other people, but with me, he wants me to be there when he is setting the choreography. So, I also know where and how his moves are coming from. He does the choreography, I learn it. We sit together and decide what colour we want to wear depending on the vibe of the song. It’s pretty simple and easy like that. He and I connect over dance, we just enjoy dancing. Sometimes, we shoot on the same day, sometimes the next day.

How was it like dancing to your own song? We are sure you must have had inputs to give.

I did have my own inputs. I am someone who if I feel strongly about something, I make sure I say it. Whether, the other person is using it or no is a different thing. Fortunately, with Melvin, it is always a collaborative process. In places where I felt there was more potential, we spent time thinking about it. It was fun!

You have also crooned Teri Hogaiyaan. What was your reaction when you were told you are going to do the dance to your own song?

To be honest, I wanted to dance on Boureya. Vishal Mishra actually mentioned that, ‘you are crazy if you are not thinking of dancing to your own song.’ When I was in the studio, dancing to my own voice, it was such a surreal feeling.

How do you pick your outfits for the dance videos you do?

Everyone who knows me knows I have a very casual style. Fashion means different things to different people. To me, fashion means comfort. I don’t want it to restrict my movement. Melvin is someone who is little more fashion forward than I am honestly. He will always try to push my boundaries. He will tell me wear a jacket, this that, but I am like no, if its going to restrict my movement then why to wear it? In a meeting, someone had brought this up that I am more about expressions than impressions. I like to keep my art like that.

Which is the best compliment you received for your singing debut?

A lot of people, including family members, didn’t believe it was me singing. It sounded so nice they thought I was lip-syncing. I think I was a little nervous because it was my first song and I am not a professional trained singer. The best compliment I got was I have a very soothing voice which brings a lot of sukoon. I do believe that art can touch you like that, a lot of people send me their videos saying it is so peaceful. I was very anxious because Vishal Mishra himself has sung it so beautifully. Already, people were making so many covers. I didn’t want people to say you just stick to acting and don’t try your hand at singing. I was a little terrified about that but I am so glad they received it so well and gave me so much love. It is heart-warming!

B’day Spl: 5 Reasons Why We Can Never Stop Crushing On Ishq Subhan Allah…

Tell us what you think of Harleen’s moves in the comments section below. For more entertainment, check out the collection of all ZEE5 Hindi originals here.