Ishq Aaj Kal is the web spin-off of Zee TV show Ishq Subhan Allah which stars Eisha and Adnan as the lead couple Kabeer and Zara. 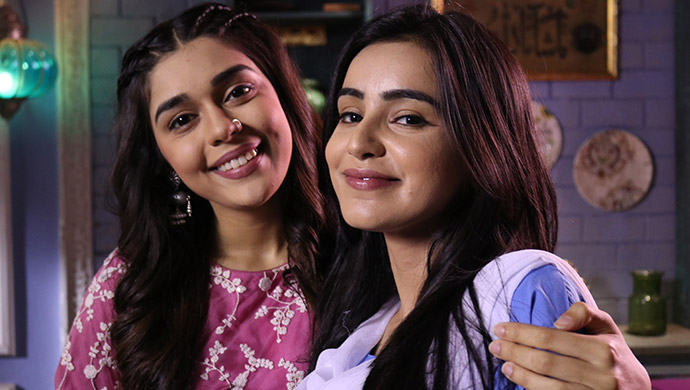 Revolutionizing and amalgamating television and web, ZEE5 recently premiered a first-of-its-kind web series Ishq Aaj Kal. The digital drama is a web spin-off of Zee TV show Ishq Subhan Allah, staring Ankitta Sharma, Angad Hasija and Paras Kalnawat in the lead. In an exclusive conversation with us, Ankitta spoke about her new web venture, Eisha Singh and Adnan Khan’s chemistry from Ishq Subhan Allah and more. Here are a few excerpts from our candid conversation with Aaliya Jaffri aka Ankitta.

Q. Now that season one of Ishq Aaj Kal is out, how would you describe working for the web?

It feels great. But I was a little skeptical about the show honestly. It is one the web medium, yes, but at the end of the day, it is the digital spin-off of a television show. So how they would be treating it was what I was skeptical about. However, during the making itself, I understood that it will be a full-fledged web series. And the audience is loving Season one of Ishq Aaj Kal, performance-wise and storyline, so I am happy. When you are shooting for a thriller, you don’t know how it will turn out on the screen. But all those who have watched me have told me that it does look like a good thriller.

Q. What attracted you to the web series?

Number one it was the character and secondly, the storyline. I have never done a web show, I have only television. Ishq Aaj Kal is different, so there were no second thoughts about taking it up.

Q. Tell us about your character Aaliya.

Aaliya may seem like an old-school, regular, sweet and sensitive girl but at the same time, she is also the girl who knows how to give it back. She will go to any extent to accomplish her mission and isn’t afraid to take risks. Nobody can take her for a ride. Her dialogues and language are very contemporary for that matter, the phrases she uses goes to show that she knows how the modern-day world is.

Q. And how similar or different are you in real-life from Aaliya?

There is a lot of seriousness to Aaliya which I think is a bit different. As Ankitta, people think I am very vulnerable and they can get away with everything. But no, I have been told that in my own sweet way I can show them their place. We both are a no-nonsense girl.

Q. Can you elaborate on Aaliya’s dressing sense for us?

Becoming Aaliya wasn’t much of a task. I have a liking for simple girls, those who dress up simply. I enjoyed playing Aaliya because she dresses up simply but also wears contemporary stuff at parties and all. Aaliya doesn’t wear short dresses and all, but yeah, she is modern in her own way. My natural hair is straight, so we kept it the same for Aaliya. I like how the natural look, no makeup, no extra hairstyles fit into the web format. I loved that.

Q. You also wear a hijab in a few scenes…

I love hijab. I was happy to wear a hijab in a few scenes. On the sets of my previous shows, I’d ask my makeup didi and all to lend me a hijab just to try on.  I feel it somehow makes you more beautiful.

Q. Ishq Aaj Kal has an ensemble cast. Is it easy or difficult to shoot with so many stars?

We have all become like a family now. I think barring one or two, we all have a lot of fun. Roshmi is the one who makes us laugh the most. I am someone who believes that working with good people brings out the best in you. So I was happy with the cast of Ishq Aaj Kal. They are okay to give cues for others’ shots as well, so we are all a big family now.

Q. You also shot with Eisha and Adnan for a few scenes…

Eisha is very sweet ya. And she has nice chemistry with Adnan Khan. During the shoot, I figured that the Eisha and Adnan have nice chemistry as Kabeer and Zara. I like their chemistry.

Q. And who is the funniest of them all?

Roshmi is the funniest I think, in the sense that we laugh at her. She doesn’t have to do anything, she is just naturally funny.

Q. Who would forget lines?

Angad I guess would get in trouble for forgetting lines.

Q. Name the latecomer amongst you all.

Roshmi would be the one who comes late.

Q. Who took the longest to get ready?

Angad and Paras’ hair, oh my god, even girls don’t take that much time.

Q. You and Angad have a lot in common.

Actually, before we started shooting I didn’t know he is from Chandigarh. During the shoot, something happened and I said something in Punjabi. So he also replied to me in Punjabi. That’s when I found out he is also from Chandigarh. You know that happiness when you meet someone from your hometown, it was that kind of feeling. Thereafter, in between shots we talk in Punjabi. We share the same birthday, we are both born on 31 May.

Q. Do you think Ishq Aaj Kal is the apt title?

The title is apt but I think the thriller part of the web series is not entirely conveyed. Ishq Aaj Kal sounds more like a romantic story set in today’s time, but that suspense aspect is told only when you watch the teaser or trailer.

Stay tuned for more updates about Ankitta and Ishq Aaj Kal. Share your views about the digital drama in the comments box below.