In an exclusive conversation, Nia opens up about being similar to her character Roshni, returning to TV, being named Sexiest Asian Woman and more. 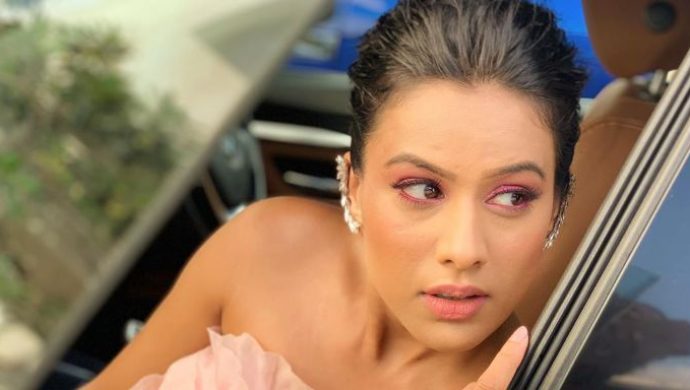 Nia Sharma returns to the Jamai franchise, as she reprises her role of Roshni in the latest ZEE5 Original Jamai 2.0. Ravi Dubey and Achint Kaur have also been retained from the original Zee TV show Jamai Raja. The digital drama takes forward the love story of Siddharth, played by Ravi, and Roshni, in the web universe. For five years, Nia has been known as Roshni, after her character in the popular serial that went off the air in 2017. Two years on, Jamai 2.0 brings back the characters with a bang and a thrilling plotline. In an exclusive conversation, the actress opens up about how much of a Roshni is Nia in rea life. Read a few excerpts from the interview.

Q. What are your views about Jamai 2.0 being a web series? Do you prefer web over TV?

I am loving it. The very fact that Jamai 2.0 is not just on the web, but it is a brand we created five years ago, Jamai Raja. Our brand has come back together, so I returned for that thing, yes. There are thousands of web series every day, but I don’t want to appear in every one of them. I still have the audience who have watched my series and they come up to me and ask when is the next season coming out. Doing Jamai is equally a pleasure, I am loving every bit of it. Having said that, I wouldn’t pick every series, I want the project to highlight me. I am not ready to go ahead with the web because there is liberty. I’d choose projects that are me-centric now.

Q. So does that mean you are open to television?

I am open to all sorts of projects. I am not limiting myself to a certain medium. Somebody comes to me and offers me something respectfully, I am all game.

Q. How much of a Roshni is Nia in real life?

Except being too naive in life, Roshni is all me. I am now even dressing her up. I am edgier in terms of my language, Roshni is all high-class and suave. Nia is spontaneous and she will give it back to you. Your question actually made me realize, I am looking forward to playing Nia. A character that is me, you know.

Watch the trailer of Jamai 2.0 here:

Q. Roshni has sacrificed everything for love, will Nia do the same?

I can sacrifice anything and still choose work. If given 11 things and work is one of them, I’d sacrifice the other ten things. I have sacrificed love at many points to just keeping going. Sometimes, I have said it, sometimes I haven’t expressed. I have given up a lot to be where I am.

Q. In retrospect, has your journey in the industry turned out the way you planned?

I wouldn’t say I had planned it this way. But it has very organically come along this way, the way I have transformed and groomed myself, it’s all very organic. I won’t say I am very happy being here, there is a long long way to go. But I am satisfied and glad that I can actually do the work and things I want to do. I am glad I can make that choice.

Stay tuned for exclusive updates and dope on Nia Sharma and Jamai 2.0. Have you watched Jamai 2.0 yet? What are your thoughts about Ravi and Nia’s reunion? Tell us in the comments box below.

In the meantime, watch Akshay Kumar’s 2016 film Rustom on ZEE5, based on the Nanavati scandal.

The Verdict State Vs Nanavati: The Twisted 1959 Case That Inspired The Web Series