Jiten Lalwani and Sneha Wagh have been roped in to play Lord Hanuman's parents Kesari and Anjani on And TV show Kahat Hanuman...Jai Shri Ram. 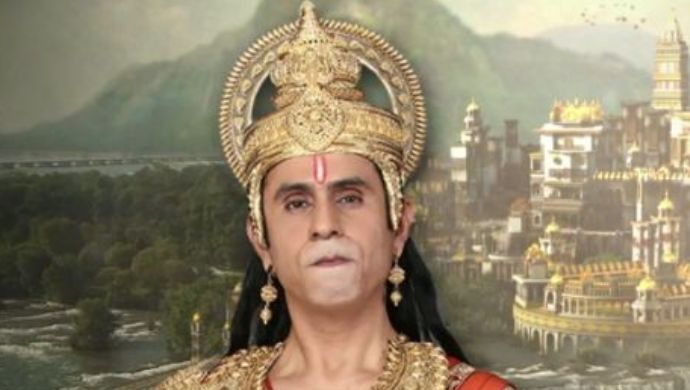 Lord Hanuman is an ardent devotee of Lord Rama according to the Hindu mythology. He is also one of the central characters of the Hindu epic, Ramayana. While we have watched all about how Hanuman helped Lord Rama get Sita back and defeat Ravana, quite less is known about the monkey king’s  life story. Kahat Hanuman…Jai Shri Ram, an upcoming And TV show, narrates how Lord Hanuman was born, how he spent his childhood among various other tales about his life. Jiten Lalwani and Sneha Wagh have been roped in to play Lord Hanuman’s parents, Kesari and Anjani while young Ekagrah Srivastava will be seen essaying the role Bal Hanuman. The trio was present at the ZEE5 January 2020 calendar launch event , and briefed the press and audience about ther forthcoming mythological drama.

In an exclusive conversation, Jiten tells us why the viewers should look forward to the show, his new year plans and more. Read excerpts from our interview below.

1. What is so special about Kahat Hanuman…Jai Shri Ram that sets it apart from other shows on Lord Hanuman?

The narrative begins before Lord Hanuman’s birth. Also, Hanuman’s childhood hasn’t been extensively covered before. So, we shall depict stories from his formative years. That is the USP of this show and something that hasn’t been covered widely earlier.

2. How did you prepare for your role?

We go as per the writer and the director. We follow their vision. I like to play Hanuman Chalisa, aartis and all. Soon after I arrive on the sets, I play devotional songs and pray to God. Not just for Bal Hanuman, but I follow this ritual generally on every set.

4. What are your NYE plans?

I am shooting till 31st so cannot go anywhere. I have a holiday on  January 1, 2020, so we shall plan something in Mumbai itself, a house party with friends most probably.

The other show I am working on, the lead actor is very close to me. So he and I smoke sometimes. In 2020, I’d want to quit smoking altogether.

I am a little hyper and sensitive. So, I will try to work on it in the year  2020. My family members especially have to deal with that side of me a lot. I get angry easily, I also get hurt easily. And someone sent me a text saying 2020 and 2019 mein sirf 19-20 ka he farak hoga (laughs).

In the meantime, watch all the episodes of Haiwaan, streaming on ZEE5.

4 Things Wrong With Shabir Ahluwalia's Abhi On Kumkum Bhagya, That Everyone Ignores