Sources close to the development have now confirmed to us that the Veere Di Wedding star shall indeed be on the panel of judges of Dance India Dance. 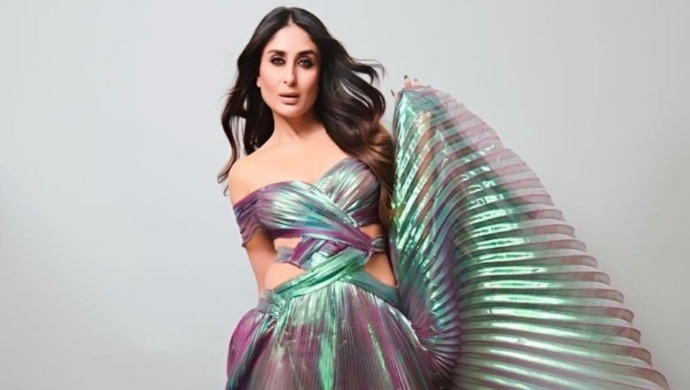 Paging all Kareena Kapoor Khan fans! Lo and behold. Yours truly is all set to make her television debut with dance reality show Dance India Dance. Speculations have been doing the rounds of the internet that Kareena has been in talks to feature as a judge on the Zee TV show. Sources close to the development have now confirmed to us that the Veere Di Wedding star shall indeed be on the panel of judges, alongside Bosco Martis.

Bollywood choreographer Bosco Martis has already signed the dotted line. A teaser video of the upcoming season of Dance India Dance, featuring Bosco was released by the channel last week. In a recent development, Kundali Bhagya actor Dheeraj Dhoopar has been roped to host the forthcoming season, supposedly called Battle of the Champions. Rumours also suggested that Dance India Dance runner-up Punit Pathak and rapper Raftaar are in the running to judge the reality show. However, it yet remains to be seen if either or who amongst the both shall make the cut.

As for Kareena, the actress was last seen in Ekta Kapoor, Rhea Kapoor, and Nikhil Dwivedi’s Veere Di Wedding. The film dealt with unabashed and unfiltered female friendships, although a far cry from a chick flick. Kareena shared screen space with Sonam Kapoor Ahuja, Swara Bhasker and Shikha Talsania in VDW.

Bebo is currently busy shooting for her upcoming movie Good News alongside Akshay Kumar. The film marks Kareena and Akshay’s reunion post a long hiatus, for they last were paired opposite each other in Kamabakkht Ishq. Good News also features Punjabi sensation Diljit Dosanjh and Kiara Advani. Besides Good News, Kareena also has Karan Johar’s multi-starrer period drama Takht in her kitty! Looks like someone having a busy year ahead.

Given her impeccable dancing skills and the queen of expressions she is, we can’t wait to watch Kareena mesmerize with her myriad features on the small screen.

Veere Di Wedding Is The Perfect Watch For An All-Girls Pyjama Party, Catch It On ZEE5 Now