In an exclusive conversation with us, the ZEE5 original Abhay star mentioned that "logistical things" are delaying the shoot of Go Goa Gone 2. 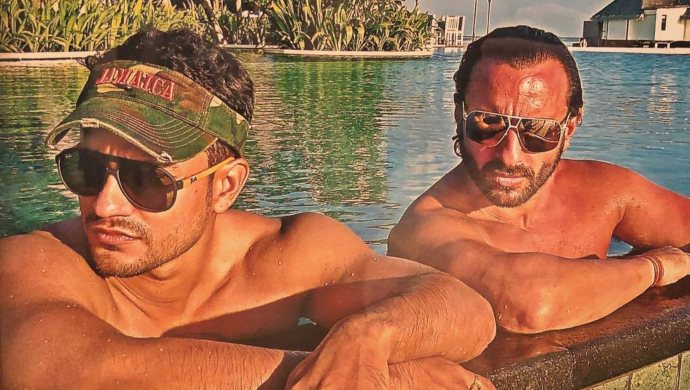 2019 seems to be Kunal Kemmu‘s year! With critics raving about his performance in the recently released Kalank and his ZEE5 original Abhay garnering praises – the stars are clearly in his favour. The actor who started out as a child artist in 1993 has clocked 26 years in the industry. Of all his hits, Go Goa Gone remains a constant favourite amongst fans. A sequel to the film is also on the cards. In an exclusive conversation with us, Kunal revealed he cannot wait to start shooting!

In an exclusive chat with us, Kundal candidly spoke, “We are all waiting and anticipating when that’s going to start. Everybody has the intention of making it. There are some logistical things that are delaying the start of the film. I am hoping we can sort them out as soon as possible so that we can get together to make this mad film we all love so much.”

If you have been living under a rock, Go Goa Gone is 2013 horror comedy film which also starred Saif Ali Khan, Vir Das, Anand Tiwari, and Puja Gupta. It was directed by Raj Nidimoru and Krishna D K and ranks amongst Bollywood’s best horror comedies. The story revolves around a vacation in Goa hijacked by zombies. Speaking to a leading daily earlier, Saif had mentioned that he will be seen on a different mission this time. A new supporting actor and an actress shall join the film he had said.

Coming back to Kunal, of course, we quizzed him about his adorable daughter Inaaya Naumi Kemmu too! We asked Kunal to name the naughtier amongst Taimur Ali Khan and Inaaya, and as much as we’d like to keep you guessing, here goes the reply, “I mean, they are both kids. And they are exactly how kids are. I don’t think there is a scale to measure the level of naughtiness that the kids have. They are both lovely and we just expect that everybody’s best wishes are with them.”

Are you excited about Go Goa Gone? Share your excitement in the comments box below!

Watch what Kareena Kapoor Khan has to say about Taimur in this episode of Pinch by Arbaaz Khan on ZEE5 now!

Did You Know The Fakir Of Venice Was Supposed To Be Farhan Akhtar's Acting Debut? Watch The Film On ZEE5

5 Reasons Why We Need More Films Like Pad Man