Before she got to talk about her co-star of ZEE5 original Kaafir, Dia Mirza claims," Mohit Raina is the shiest co-actor I have ever worked with." 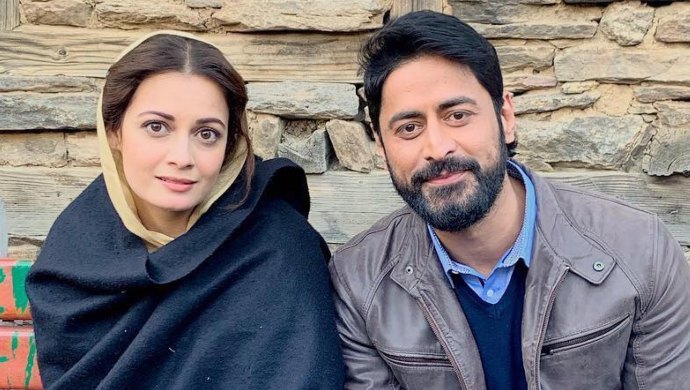 Dia Mirza and Mohit Raina will be seen together for the first time in an upcoming ZEE5 original series, Kaafir. The actress makes her digital debut with a web show that also marks Uri: The Surgical Strike actor’s maiden venture in the OTT space. Earlier in an exclusive conversation with us, Dia shared her experience of playing a Pakistani girl Kainaaz, working with Mohit and more. Read the excerpts below:

In a picture shared on Instagram, Dia had described Mohit as a “mastikhor” boy. When asked about the same, she chuckles, “He is a mastikhor boy. Disclaimer: Mohit is the shiest co-actor I have ever worked with. In the first few readings when I met him initially, I also met the little girl who is playing my daughter, Dishita. She was so introverted, and she’d barely talk. Everybody was very concerned whether she’d be able to deliver on sets and open up and do all that she needs to. I was sitting right there and I looked at Sonam and I said, ‘You see Mohit and you see Dishita, they are the same.’ Jo khamosh aur shy bacche hote hai na wo sabse jyada badmaash hote hai. They just need a little time to open up. Dishita took about 3 days, Mohit took about 15!”

“Mohit just takes a little time to kind of reveal himself, but he is a complete joy to work with. He is full of energy, he is naughty in a nice way and I think he has the kindest eyes. The character that he is playing is such a remarkable human being,” added the Bollywood beauty.

Describing her role of a Pakistani girl, who is also a mother to a 5-year-old girl, Dia elaborates, “Kainaaz is a product of circumstance like all of us are. I think many of us become who we do because of what we experience. All I can say is here is a woman, who is being thrown into extraordinary circumstances that challenge the essence of freedom in all its contest – personal, social, national; what she becomes and what she makes out of it and who are the people that propel that change.”

Kaafir premiers on ZEE5 on 15 June 2019! Stay tuned for more updates about the ZEE5 original series. Are you excited to watch Dia and Mohit make their digital debut with Kaafir? Show some love for the actors in the comments box below