EXCLUSIVE! Naveen Kasturia: I Am An Accidental Actor And Struggle A Lot On Sets

"ZEE5 original Tigers starring Emraan Hashmi was my last film as an assistant director," reveals Naveen Kasturia who will next be seen in Parchhayee. 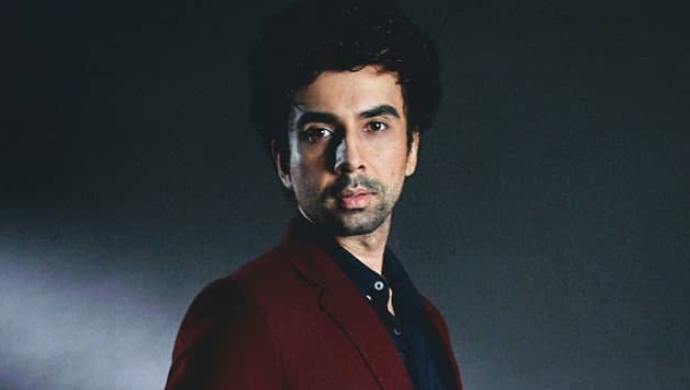 We were the first to break the news to you about Gauahar Khan, Naveen Kasturia and Ruhi Singh coming together for ZEE5 original Parchhayee: Ghost Stories by Ruskin Bond. The episode featuring these three stars is named Night of the Millennium and revolves around a town where nobody who has sinned or offended can be at peace. In an exclusive conversation with us, Naveen admits that he is an accidental actor.

Naveen always wanted to get into films but his journey started by becoming an engineer and a job at J.P. Morgan in Mumbai. “I always wanted to get into films. But coming to Bombay was very difficult. When you are from a middle-class family, most likely you get into engineering or you study medical. But when I disclosed this to my father that I want to go to Bombay and get into films, it was not acceptable for them. Then I took up a job here and moved to Bombay. Here I got in touch with someone who was an actor in films, he gave me some numbers. I tried to go to certain offices and that’s how I got in touch with Vishesh Films. As they say, you have to be at the right place at the right time, I got my first break luckily. I landed up the job of an assistant director at Vishesh Films,” he revealed.

It was when Naveen was trying to pitch his own film that he ended up getting Sulemani Keeda. He said, “My real struggle began after that because I wanted to work with Dibakar Banerjee. I was out of work for the longest time. I met someone who thought I should act, he was writing a film on writers. At that point, I was trying to pitch my own film because I had done a few films as an assistant director. That film was Sulemani Keeda which was about real writers and he actually took two real writers. Post that, I got a little bit of respect and recognition. Nothing was happening with my script anyway, so I automatically moved to acting.”

“As of now, I am focusing on acting. I accidentally got into it. Now I am exploring  different parts. I struggle a lot on sets. I find acting extremely difficult at the same time extremely rewarding. Currently, my focus is on acting but there is a side of me that wants to tell stories also. But I don’t know when that will happen,” added the actor who wishes to turn into a filmmaker someday.

For those unaware, ZEE5 original Tigers starring Emraan Hashmi is the last film Naveen worked on as an assistant director. However, it was TVF Pitchers that has made him a household name he is today!

Stay tuned, keep watching this space to never miss an update about Naveen Kasturia and Parchhayee.

"Emraan Hashmi Will Always Be Special To Me," Says His Jannat Co-Star Sonal Chauhan