In the monsoon special, Nishant Singh Malkani aka AJ on Guddan Tumse Na Ho Payega talks about dealing with Antara and going on a date with Guddan. 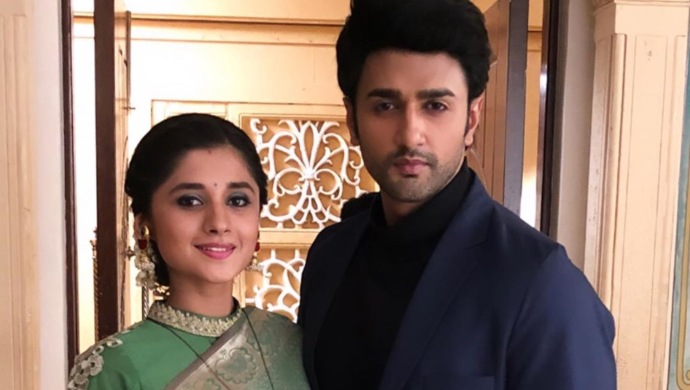 In the monsoon special for Guddan Tumse Na Ho Payega, AJ shows us his funny side. He jokes about his coffee getting evaporated waiting for Guddan. He even talks about his favourite rainy day activity which is going on a drive at the Sea Link. AJ also tells Guddan how good it is to watch the rains from his house on the 60th floor. Eventually the conversation shifts to the show and it’s characters. Here’s a few things AJ talked about.

Q: What would you do if you had an Antara in your life? Like if an ex came back to you to ruin your current relationship?

AJ: Well she won’t be able to. Because if I am married to someone then I am sure I am in love with that person. So I’m sure no ex can ruin that.

Q: If you go on a romantic date with Guddan what would you cook for her?

AJ: What I would cook for Guddan is Dal Makhani. It is her favourite.

In an EXCLUSIVE interview Kanika Mann Aka Guddan revealed why she loves AJ. Read here.

They went on to play fun games like guessing the song or completing the lyrics. The games were played around the theme of Monsoon. AJ and Guddan also do a special dance to sign off the special episode. Watch the latest episode of Guddan Tumse Na Ho Payega, streaming on ZEE5

20th Kargil Vijay Diwas: 9 Facts About The India - Pakistan War You Should Know