EXCLUSIVE! Patralekhaa: Badnaam Gali Is A Story Never Told Before On The Indian Screen

In an exclusive interview, Badnaam Gali actress Patralekhaa spoke to us about her film, the concept of surrogacy and co-star Divyenndu Sharma. 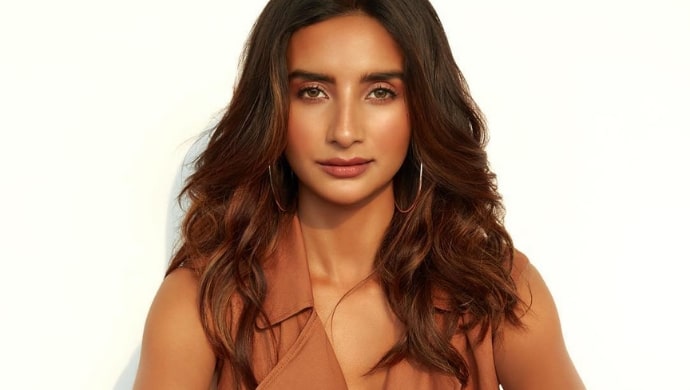 Nanu ki Jaanu actress Patralekhaa will be next seen in ZEE5 original film Badnaam Gali. Slated for a Mother’s Day release i.e. 10 May 2019, the movie stars her opposite Batti Gul Meter Chalu star Divyenndu Sharma. Ahead of the flick’s release, Patralekhaa spoke to us about Badnaam Gali, her co-star, the growing digital medium, surrogacy and more, in an exclusive interview. Expressing her views on the concept of surrogacy, the subject of the movie, she called it a beautiful process.

Check out the trailer of Badnaam Gali here:

When asked what attracted her to Badnaam Gali, Patralekhaa replied, “It is a very interesting story. Suddenly in the past two years, I saw so many women having kids. And I didn’t realise because I didn’t see them get pregnant literally. I was shocked that how? But then that’s when I got to know about surrogacy and that it is so rampant in our country. But then there was a ban. I have heard so many stories floating around. Surrogacy is a beautiful process. If people are ready to give their womb for somebody else’s happiness, then why not ya? When Badnaam Gali came to me I thought this is interesting and it is a story that’s not been told before on the Indian screen.”

Elaborating on the switch from films to the web space, she said, “The experience from films to the digital space has been great. Everybody is getting into the digital medium, whether its Bollywood or Hollywood. Because there are so many stories that every time you can’t see on the big screen. Now there are mediums where you can and good stories that you can relate to. I don’t know for an actor does it really matter whether it is big screen or small screen because you have to work in either. The viewing experiences are different for the audiences.”

“Going out to watch a film is like a party. You are watching something on such a huge screen is a different experience. But watching something on your phone screen is different because it’s right there, it’s available, it’s easier. But from an actor’s it’s more or less the same. It doesn’t matter because when you are working you don’t think,” the Citylights actress added.

What are your views about surrogacy? Tell us in the comments section below!

Saqib Saleem's Rangbaaz Is Filled With Hues Of Crime, Blood Lust And Dirty Politics. Watch It On ZEE5 Now