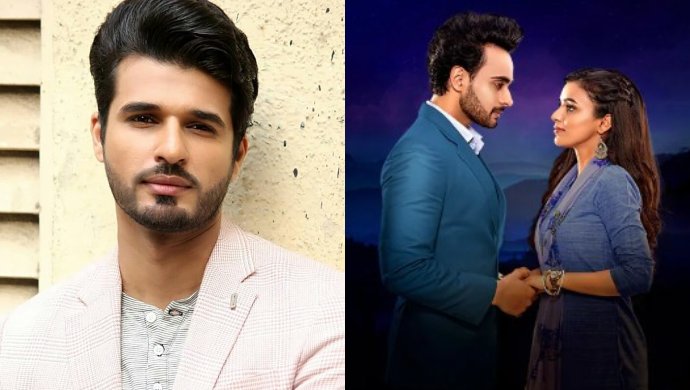 Ishq Aaj Kal is the first-of-its-kind romantic ZEE5 Original thriller series, for it is a spin-off of a television show Ishq Subhan Allah on the web medium. The digital drama has been streaming on the OTT platform 4 July 2019 onwards while the season finale will premiere on 25 July. While we bite through our nails and hang onto the edge of the seat till we get closure, let us exclusively confirm that Ishq Aaj Kal season two is already in works. In fact, the show has been chalked out up to season four we hear, so rest assured, new twists and thrills are coming your way! In another latest development, Naagin 3 fame Puneett Chouksey has been confirmed to join the cast.

Ishq Aaj Kal season one stars Angad Hasija, Ankitta Sharma, Paras Kalnawat, Roshmi Banik, Kavita Ghai amongst others. Angad, who essays Arshad Ali Khan, shall be joined by Puneett as his younger brother Ejaz Khan in season two. Speaking to us about his role and entry exclusively, Puneett confirms, “I am very excited to be a part of Ishq Aaj Kal web series because it’s not a usual drama which we usually encounter on the television it’s has everything which engages you totally. Every character has its own journey which we can see in the 1st season and every actor is playing their part so well now I have joined from its 2nd season. When this character was narrated to me I was so excited to do it. As an actor you always search to play such characters which has a lot of potential and does not have boundaries. “Ejaz” is that character.”

He further adds, “As an audience, you will never know how this character is going to react in any situation. That’s the USP of Ejaz and at the same time, it becomes my responsibility to justify such a role. I will give my best efforts to justify it and entertain you the best way possible.”

Looks like team Ishq Aaj Kal has a lot in store for us! In the meantime, what are your thoughts about the season finale of Ishq Aaj Kal? Tell us what you think will be the end in the comments box below.

Ranveer Singh - Sara Ali Khan's Simmba Is All The Entertainment You Need For A Fun Weekend, Watch On ZEE5