Ravi expresses his gratitude to Jamai Raja fans in a chat, reveals why he said yes to Jamai 2.0 and bringing back #SidNi and #NiVi with Nia Sharma. 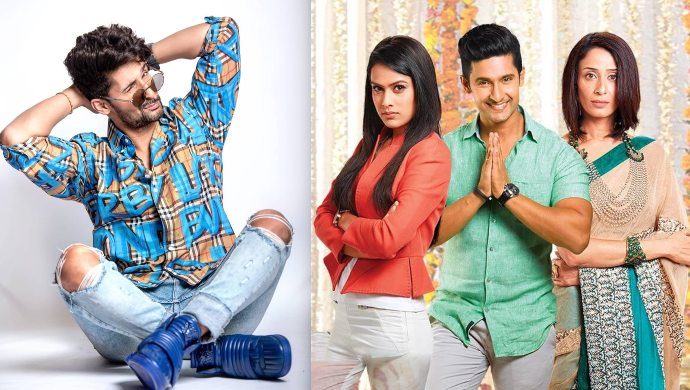 Jamai Raja went off the air in 2017. Even after the Zee TV show got over, fans of the lead pair Siddharth – Roshni, played by actors Ravi Dubey – Nia Sharma respectively kept rooting for a #SidNi and #NiVi reunion. Granting their wishes, producer Ashvini Yardi decided to take forward the franchise under her banner Viniyard Films. A web sequel titled Jamai 2.0 to the television series was announced recently, bringing back Ravi and Nia as Siddharth and Roshni. A couple of days ago, we got in touch with Ravi and spoke at length about his character Siddharth and version 2.0 of Jamai Raja. Scroll to read the excerpts from the interview:

Q. Jamai 2.0 must feel like a homecoming. Were you nostalgic on the sets, shooting with Nia, Achint Kaur, and others?

Absolutely. Jamai Raja was a brand which was a complete game-changer in my life. Especially in times when content-generators used to have faith in only female-driven shows, Zee TV and Viniyard went that extra mile to show that something like Jamai Raja can also work. It became a pioneer for many different shows to come out later. Everybody who was associated with Jamai in whatever capacity benefitted from it. Not just the actors, but directors and all, they all evolved. When it was launched, it was pan-India number 1 show, even the reruns were number 1. There was constant respect and regard for the show. It launched back in 2014 but even after all these years, it continues to get me respect and honour.

It’s just my love for the brand. This brand has changed my life completely. There has been no looking back post-Jamai Raja for me. So yeah, it’s that. There was absolutely no reason to contemplate or say no. Also, my comfort level with Nia. The couple and chemistry that Siddharth and Roshni have were appreciated by people so much, I was excited to bring it back.

Q. Fans of #SidNi and #NiVi kept the brand alive even after it was off the air, they literally asked for a comeback. Did you feel a pressure to deliver with Jamai 2.0?

How can there be any pressure? We are only joyful and full of gratitude to our fans. It started in 2014, five years back, and both I and Nia went our separate ways, did our various commitments. But our fans kept us alive as Siddharth and Roshni, I am extremely happy we have such people who are so loyal to the brand. They are in fact more excited now that the show is coming back. They are really keeping the heart of it alive.

Have you watched the teaser of Jamai 2.0? Catch it here:

If you are a #NiVi #SidNi fan and cannot wait to watch the trailer of Jamai 2.0, here’s a chance for you to meet Ravi and Nia! All you have to do is tell us why you want to watch the trailer! Head to Ravi or Nia’s Instagram account, under the video they have posted about the trailer, leave your reason in the comments section and tag Zee5 Premium and use hashtag #Jamai2point0OnZEE5. The one with the best reason shall meet the dream pair!

Fyaar Or Pyaar - What Will Rumi Choose? Watch Manmarziyaan On ZEE5 To Find Out