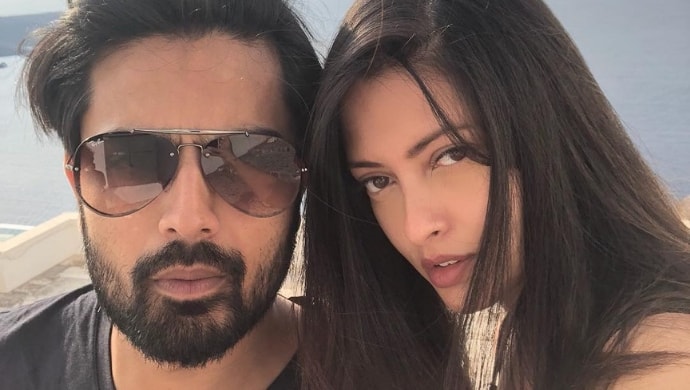 One of the most gorgeous and exceptionally gifted actresses of Indian cinema, Riya Sen embodies ‘beauty with brains.’ The 38-year-old actress gained prominence for her remarkable performances in Bollywood hits like Style, Jhankaar Beat, Apna Sapna Money Money, and others. Riya, who recently appeared in the ZEE5 original series Poison, was once one of the industry’s most eligible bachelor girls. Taking her fans by surprise, she tied the knot with her long-time beau Shivam Tewari in a hush-hush ceremony on 16 August 2017.

Albeit the Bengali beauty did share pictures of Shivam on her social media sparking speculations, there is nothing much known about her love story. Besides, her wedding too was a close-knit affair attended by close friends and family only. Thus, in an exclusive interview, we asked Riya about her relationship with Shivam prior to their marriage. Revealing details of their first meeting, she said, “My husband and I met on a blind date, even though we were introduced via social media by common friends! Soon after our date, we were inseparable and the rest is history! We both love to travel and do so every chance we get.”

When Riya got hitched to Shivam in 2017, rumour mills credited the low-key wedding to the actress’ pregnancy. Prod her about the craziest rumour she has heard about herself, Riya replied to us saying, “That I married because I’m pregnant!” We hope the imaginations can now rest well in peace.

Unless you are living under a rock, you’d know that Riya comes from a rich family history. While her maternal side of the family is cinematic legends, her father Bharat Dev Varma is a member of the royal family of Tripura. Riya’s paternal grandmother, Ila Devi, was a princess of Cooch Behar. However, Riya carved a niche for herself and claimed fame at the age of 16 with a feature in Falguni Pathak’s Yaad Piya Ki Aane Lagi song video. Speaking on the lines of her journey, Riya responded, “Even though I come from a notable acting heritage, my own career start was just by chance and that too when I was very young! I became very popular quite quickly and it took me by surprise!”

Besides memorable hits in Bollywood and the Bengali film industry, Riya has also worked in Tamil. Telugu and Malayalam films.

Give Riya and Shivam’s pairing a huge shoutout in the comments box below! Which is your favourite project starring Riya Sen? Comment with your answers below.

Keep the entertainment going with the latest Bollywood blockbusters on ZEE5!

What Do Guddan Tumse Na Ho Payega's Kanika Mann And Kangana Ranaut Have In Common?