Sakshi Tanwar, previously seen in The Final Call, talks about comparing Mission Over Mars to Mission Mangal and much more. 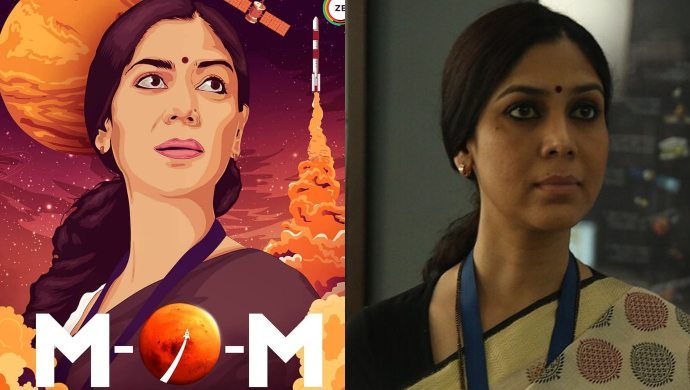 Sakshi Tanwar is an established name in every Indian household because of her roles in some of the most iconic daily soaps of our times. She then has worked her way into breaking away from her saas-bahu image. Playing the role of an ATC Officer on The Final Call and now as the program director in Alt Balaji’s and ZEE5’s Mission Over Mars. She continues her trend of representing powerful career women who also balance their family life realistically on screen.

Watch the promo for Sakshi Tanwar’s Character in M-O-M as Nandita Hariprasad here.

Sakshi talks to us about Mission Over Mars and her own opinions about choosing web-series over films and TV shows these days.

Int: So Mission Over Mars is your second web-series to be streaming on ZEE5 after The Final Call. How does it feel and how has the experience been?

Sakshi: It’s been great, you know. Because this is a great story. It is a story about something that is a source of great pride for India (the Mars Orbiter Mission). So I am happy to be a part of it and also I am happy to be associated with ZEE5 again. We got a good response for our earlier show and I hope Mission Over Mars gives us even better results.

Int: Could you tell us more about your character, Nandita Hariprasad?

Sakshi: So I’m playing the role of a senior scientist Nandita Hariprasad. She is also the mission co-ordinator. She is a hard taskmaster, very strict and meticulous. She is also a helicopter mom, working mom so she is balancing between family and work. And she wants 100% from her team and pushes them to achieve the impossible.

Int: What is it like to shoot with such an ensemble cast?

Sakshi: It was a lot of fun. If you shoot together for even more than five days then the bonding becomes stronger. It’s more like a family set up. So it was great shooting with everyone. We used to sometimes get food from home and do a potluck and stuff like that so it was like a happy family celebrating everyday.

Int: So the series is called Mission Over Mars. So what does it add over and above Mission Mangal?

Sakshi: I can’t say that and you can’t even compare. Sure that subjects are the same, but this is a web-series. We have eight episodes. So I think it is unfair even to compare. But I feel after the film whatever buzz has been created or interest the film has generated will only help our show. Because people who have watched the film will want to know the story in more… more detail.

Int: So you’ve been working on TV for a major part of your career before moving to web-series. How has the shift been and which medium do you find more satisfying?

Sakshi: I feel lucky that I was in Television and I saw my golden period with all the daily shows I did. And of course, I feel like personally I’m enjoying this medium (webseries) the most right now because it gives me the freedom to experiment with character. It gives me enough time to do more than one show in a year so I do one character and move to the next. Also it has the right balance with respect to characterisation. So it’s not like one character goes on for years and years and it’s also not like films where some characters are not fully explored. So I think this is working out fine for me and I’m really enjoying it.

While Sakshi enjoyed making the webseries MOM, the audience surely loved watching it and applauded at the end of the screening. Don’t believe the show is worth the hype? Watch the episodes of Mission Over Mars, now streaming on ZEE5 to find out.