Hum Tum Aur Them is an upcoming ZEE5 Original and ALTBalaji Original web series that pairs Shweta in the lead opposite Akshay. 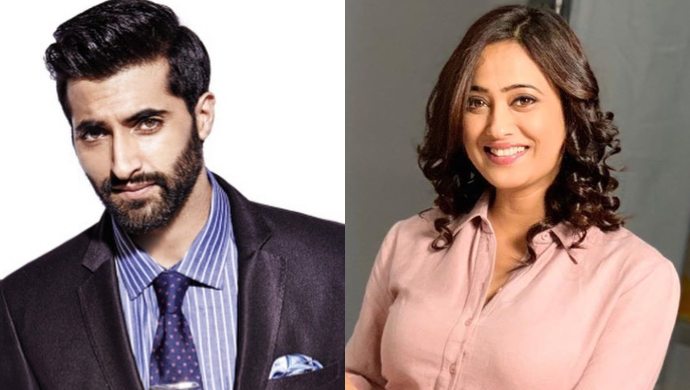 Shweta Tiwari traded her small-screen soap opera outings for diaper duties after the birth of her second child Reyaansh. The leading television celebrity is now set to make her digital debut with ZEE5 Original and ALTBalaji Original Hum Tum Aur Them, opposite Pizza film star Akshay Oberoi. Besides Shweta and Akshay, the digital drama also stars Bhavesh Bhanushali, Gaurav Ahuja and Trupti Khamkar. In a recent development, we have exclusively learnt that Hum Tum Aur Them is set to hit the web in December 2019.

Hum Tum Aur Them orbits around the theme — Every relationship is a commitment… where giving up is always an option… but making it work is a choice!  The web show revolves around the concept of breaking a family and making a family and the pain attached with both. It’s about each character’s journey of breaking free and re-inventing! It’s about the fear of leaving the familiar past… and stepping into an unknown future! It’s an unlikely love story between two people who get a second chance at love… but almost lose it because they don’t feel they deserve it.

Begusarai actress Shweta plays a character who is a creative genius but an emotional idiot. She is a giver but judges herself too harshly. However, she can find a silver lining in the darkest clouds…and that’s what keeps her going. Akshay, who made his debut with Isi Life Mein, essays the role of Yudhistir aka Yudi, a flamboyant, carefree and a bit of a vagabond man. Overwhelmed by the responsibilities in marriage and parenthood, Yudi distanced himself. He turned to his career in the ruthless corporate world, and became used to his ‘loneliness’.

Ragini MMS Returns Season 2: Beware, Past Comes To Haunt This Holiday Season On…

Posham Pa: An All-Female Cast That Neither Needed A Villain Nor A Hero

Are you excited to catch Shweta and Akshay in Hum Tum Aur Them? Stay tuned for more dope about the web series! In the meantime, watch Akshay in a conversation with Komal Nahta below:

Watch all episodes of Bhram streaming on ZEE5. Watch out for this historic horror book available online now.