EXCLUSIVE! Sonam Nair: Working On Kaafir Was Like A Hardworking Holiday 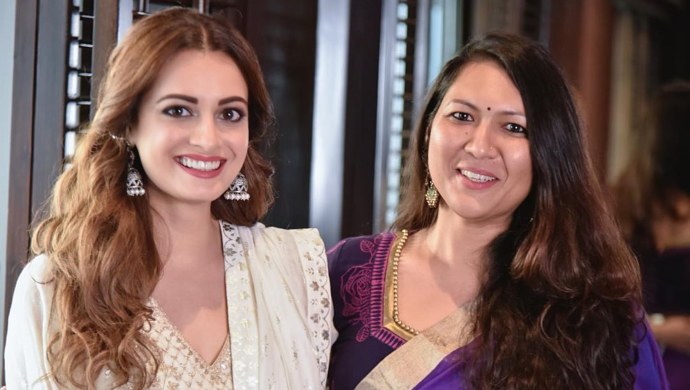 Sonam Nair is quite the cheerful, chirpy director for someone who has recently directed an intense and emotionally-draining web series Kaafir. On a gloomy Tuesday afternoon, the writer-director sounds like a happy child ready to “fully milk the moment and enjoy herself” as love continues to pour for her ZEE5 Original show. In a free-wheeling conversation, Sonam shares her experience of making a sensitive show like Kaafir while also touching upon how she found friends for a lifetime in her actress Dia Mirza, actor Mohit Raina, cinematographer Pratik Shah and more.

Here are the excerpts from the exclusive chat:

1. Kaafir has become a phenomenal success. What is your reaction?

I am really enjoying the success. Whatever I am doing, every ten minutes I am going on Twitter to check the reactions. We all worked so hard. When you start getting love and appreciation you gotta enjoy it. You can’t be like humble and be like ‘I will move on to the next thing.’ I am like no, no, no you never know which other project will come out so beautifully, when that will happen. So abhi aa raha hai toh enjoy it! I am gonna fully milk this moment and enjoy myself. We work for so many years and hope for something to come out this properly, and when it does, all those years ka bachi kuchi kasar nikal jaati hai.

2. What were your reasons to take up Kaafir?

When you are a writer or a director, you keep getting ideas in your head all the time. But by now, I have gotten so many hundreds of ideas, that I know what is good and what is bad. The way your body responds you can tell that this is damn good or not. Kaafir is a rare gem amongst a lot of other shit out there.

So when Sid (Siddharth Malhotra) gave me the narration, every narrative coming out of his mouth seemed exciting: Kashmir, the India-Pakistan conflict, an incomplete love story, cross-border tension. I was so happy that something this exciting came my way so easily and I just lapped the opportunity.

3. How was the experience of shooting in Himachal Pradesh?

We all just became so comfortable with each other. It doesn’t happen these days in filmmaking and the industry. I used to hear stories from the early 60s and 70s, that the whole crew used to be like a family, they would go to someplace and eat together. Nowadays people are in their own van, they just come to give a shot. We started shooting in Himachal, the place was so small and tiny. All of us would sit on the ground and eat. Both Dia and Mohit are so down-to-earth, they are not like I am an actor, we’d just eat whatever we got. It was like we had escaped somewhere and doing something of our own. It was a hard-working holiday. It didn’t feel all formal or a set-like atmosphere.

There would be so many ups and downs and issues. But I never went to bed unhappy or anxious or stressed that this is not done or that is remaining. We were just doing the best we can and really giving it ours all at that moment. I’d just go back and pass out like a log. Any problems or issues that came up, they would get resolved right there. If someone fought or had an issue, it would get sorted on the spot by talking things out.

4. You, Dia and Pratik recently got inked together. Tell us about that.

I bullied her into doing it. I have already had like four five tattoos. I was thinking of getting more. It is so uncanny that my last tattoo was a crescent moon and a star, and I got it a few months before I got Kaafir. It’s actually the Pakistan flag. I have an attachment to Sufism, the Darga and I like the Islamic vibe and the culture. Then I got Kaafir, this story about India-Pakistan and the border so I just felt like something about the tattoo brought it in my life. So I thought let me get another tattoo which will bring something else. I told them, ‘Listen, guys, it’s happened, let’s get tattoos to bring positivity in life.’ I told Dia that I want to have a tattoo and she and Pratik have never got tattoos. They were like we don’t know what to get!

On the day of the show released, I was chilling and had a day off after long. So I decided that I am gonna go now, both of them weren’t free that day but I went ahead with my friend and got it anyway. Then I went to Dia’s house, Pratik came there, both of them were like this is so cool, this is so beautiful, how could you go without us? So the next day I took both of them. First, they said we’ll get the same tattoos, I was like calm down guys, let’s have something that is more you. Then Dia got the word ‘Aazad’ and Pratik got the camera lens made. It was a nice bonding experience because you never forget your first tattoo. It somehow became related to the experience we shared while making Kaafir.

5. Were Dia and Mohit your first choice to play Kainaaz and Vedant?

Dia and Mohit were already finalized, I had to find the rest of the crew. I had bumped into Dia at an event earlier and she was so lovely! I just called my manager saying I want to work with her. We were going to go to Kashmir initially, Kavish Sinha has done our casting. I asked him to find a five or six-year-old girl who looks like Dia for the role of Seher, or else I was going to cast a local girl from Kashmir because she’d have the accent too. He sent me the videos of two girls, I saw Dishita’s video and I was like, she is perfect and she is the one. She looks exactly like Dia, she is so soulful. I didn’t even meet her or do any workshops, she is a brilliant actress. I call her Kareena Kapoor. She won’t rehearse with you or practice, but when the camera turns she gives the perfect take. She is like Kareena Kapoor.

6. What is your take on the Indo-Pak conflict?

I just feel like, maybe, I am not so informed about all the problems going on. But I feel it is just a line, a border, is it worth all the troubles and problems the people in those areas have to go through? I feel like human beings are so much more important than any land or territory. I don’t understand why the lives of human beings are not given as much importance as a piece of land.

Visit These Meditation Centers, If You Practice Yoga Like Kundali Bhagya's Preeta Arora