In an exclusive conversation, Vin talks about the one twist on Kumkum Bhagya he didn't see coming and the best reaction he has received so far. 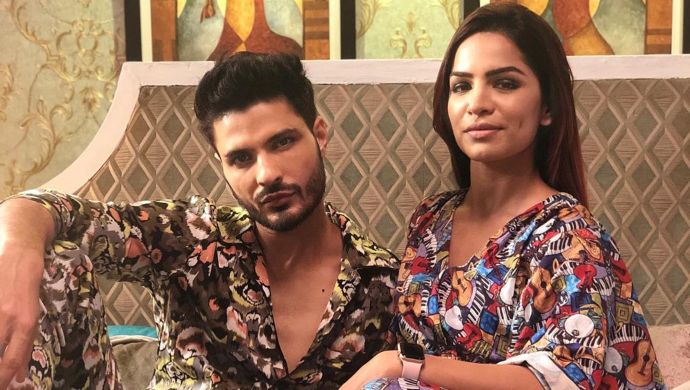 In case you think only Ranveer Singh can pull off any look on this planet, we strongly recommend a scroll through Vin Rana’s social media profiles. Wearing a red and black checkered long jacket, matching pants paired with a sheer black shirt, Vin attended Zee Rishtey Awards 2019 sporting a supremely stylish look. As if his chiseled features and rock-hard hot-bod wasn’t enough to swoon over, he added a dash of playfulness with funky bright red glasses. “I really admire your look,” I complimented the handsome heartthrob of television ahead of a quick interview. Smiling gently, the Kumkum Bhagya actor jokes, “I became the red capet on red carpet.”

Currently seen as Purab Khanna on Kumkum Bhagya, Vin is easily one of the most loved actors from the Zee TV show. His onscreen chemistry with Ruchi Savarn has attracted attention from all corners, so much so that an emotional scene once left a fan in tears. Asked about the sweetest reaction he has received for his performance, Vin revealed, “Someone had commented on social media, “A girl said that she was watching one of my scenes with Ruchi Savarn aka Disha. In that scene I was crying. She was watching the scene with her mom and she messaged me saying that her mom also started crying and that she is sending the message on her behalf. Her mom said, ‘I really like this boy.’ So that is one of the sweetest reactions I have received.”

Questioned about the one twist on Kumkum Bhagya he didn’t see coming, Vin replied, “The leap. The leap happened and my character Purab is married to Aliya post-leap. Purab, actually, has gotten married so many times.”

What do you have to say about Vin Rana’s performance as Purab on Kumkum Bhagya – yay or nay? Tell us in the comments box below.