"I keep asking Jackie Shroff if he has adopted Tiger, because how can he dance like that if he is his son?" Farah joked on Not Just Supper Stars. 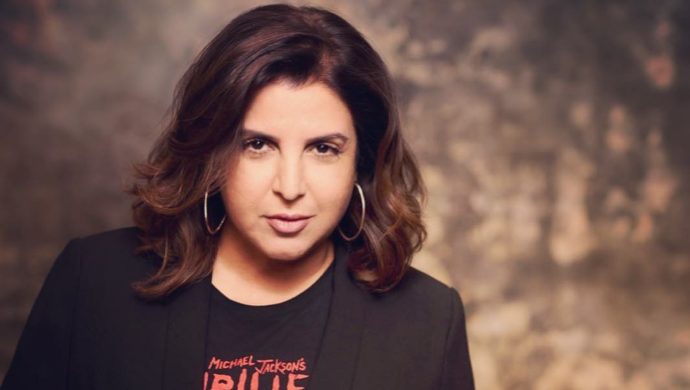 “How can Tiger Shroff dance like that if he is Jaggu Da’s son?” chuckles Farah Khan on Not Just Supper Stars. The choreographer-director graced the couch on the ZEE5 show with her hairstylist Kanta Motwani. Recalling a memory from about 20 years ago when she choreographed a song for Kabhi Na Kabhi film, Farah revealed a funny incident. “There was one song at the beginning of my career, for a film Kabhi Na Kabhi. It had three great dancers – Jackie Shroff, Anil Kapoor, and Pooja Bhatt. This was some 20 years ago and I thought this is the end of my career. I thought nobody would give me work after this. All three of them had to dance together. It was a night shoot, so we’d start around 8 pm and we’d shoot till 5 am. None of them are night people,” she shared.

She further added, “At around 12:30-1 am, Jaggu Da like we call Jackie Shroff, would come and say ‘Bhidu, main ya toh dance karunga ya gaana gaunga. Main dono nahi kar sakta saathme.” Then Anil would jump in saying, ‘I can do both, give me his part.’ My dear friend, poor Pooja was trying her best. We just saw it recently, I showed it to Tiger recently to show what his father had done to him. I keep asking Jaggu Da if he has adopted Tiger, because how can he dance like that if he is Jaggu Da’s son?”

Hrithik Roshan, who made an appearance on the show earlier, had admitted he is a 7.5/10 dancer. Host Gunjan Utreja quizzed Farah on the same and she answered saying, “Hrithik practices the maximum. Because he practices so much because, at the end of it, he makes it look so easy.”

Asked to choose between what is more challenging – making a film of choreographing a song? Farah replied, “Making a film is more challenging. Choreographing a song is making a five-minute film. The actors are given to you, the situations are given to you. Sometimes, the songs are also given. It’s none of your makings. But when I am directing a film I have to make everything from scratch. However, it is more fulfilling too. Plus, there aren’t too many different song situations in our industry.”

Watch the entire episode of Not Just Supper Stars featuring Farah Khan below:

Dishank Arora: Vedant Of Rajaa Betaa Is One Of The Best Characters I Played In…

John Abraham Reveals How He Shed His Chiselled Body For Parmanu: The Story Of…

7 Priyanka, Deepika, Kangana Looks At Cannes Film Festival 2019 We Are A Sucker…

Watch the story of the Sylvia and KM Nanavati in ‘The Verdict‘ a courtroom drama about one of the most high-profile cases in India, streaming on ZEE5.

Missed Out On Seeing Wiz Khalifa In India During His Sunburn Tour? ZEE5 Has You Covered!

Bahu In Focus: 5 Zee TV Characters Who Taught Us That A Woman Can Be Whole On Her Own