Fixerr is a ZEE5 Original and ALTBalaji Original series starring Kumkum Bhagya actor Shabir as an honest cop gone bad and Mahie as his wife Kesar. 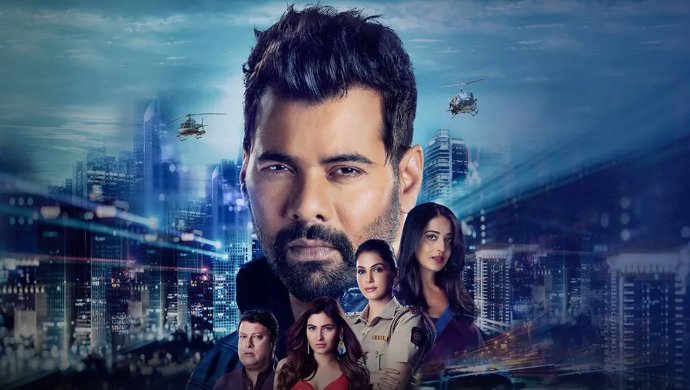 Shabir Ahluwalia has been reigning the small screen industry as the best onscreen husband Abhi on Kumkum Bhagya. The actor, who started his career with Zee TV show Hip Hip Hurray, is seen as the rockstar artist for five years now. In the world of entertainment-at-a-click, half a decade is long enough to get comfortable under the skin of a certain character and have the audience adjust their lens to see you in a particular way. Breaking free from the mold of a pati, Shabir marks his digital debut by playing an honest Delhi cop gone rogue in the murky underbelly of Mumbai mafia in Fixerr. Revisiting his swagger moves, Shabir’s maiden web series takes a walk down the memory lane of his crime-drama roots. The ZEE5 Original and ALTBalaji Original web series recently started streaming on the respective platforms. Having watched nine of the twelve episodes here’s what we think of Fixerr.

Ditching his susheel and sanskaari side, Shabir steps into the shoes of a khurrat and kamina ‘fixerr’ Jaiveer Maalik for the 12-part Soham Shah-directed drama. Jaiveer gets shot in Mumbai, in the middle of the road, in the opening shot of the series. The next scene shows his vrat-keeping wife Kesar Maalik (Mahie Gill) rush to the hospital, urging the doctors to do their best while she gives in to her temptations of not eating non-veg food for the sake of her spouse. Kesar is told that the next 48 hours are extremely crucial for Jaiveer’s life, and in this time span, the episodes oscillate back and forth in the past and present, narrating how he exactly landed in a hospital bed.

Jaiveer Maalik is a righteous police officer who accidentally kills an innocent pregnant woman. Suspension from the police force and a slight nudge by Brij Nath Dalmia (Varun Badola) swings him straight into the world of crime, cinema, and chutzpah. Every fix he makes earns him an enemy, and despite knowing what’s right and what’s wrong, Jaiveer carries on. Jaiveer works hand in glove with Isha Koppikar‘s Jayanti Javdekar, an easy-going cop who discovers skeletons in her own closet while hiding those in others’. Karishma Sharma is the twist in Maalik’s new phase of life, she essays an actress Aahana Sharma who jumps into bed with him. Maalik is busy saving the rich, as his senior Yashpal Sherawat (Tigmanshu Dhulia) watches on. Sherawat is out to get Maalik, who in turns keeps adding to his woes.

The timing for Shabir’s return to the crime and comedy space couldn’t have been any more perfect. With Kumkum Bhagya, he has cemented his position as die-hard romantic but with Fixerr he proves he is in for the big gamble. With a dashing personality, great comic timing and finest acting chops in his arsenal, Shabir as Jaiveer sets out to break the chakravyuh. He effortlessly slips in an aside or two in every episode, speaking directly to his viewers – a concept rarely used in the web series made in recent times.

With Tigmanshu Dhulia on board, very little can go wrong. His character Sherawat is a corrupt, blowjob-loving, anti-Maalik officer who mouths some of the best lines in the series and doesn’t overdo one bit. Even though everything about Fixerr is larger-than-life, it feels befitting, given the characters and storyline. Mahie Gill, Isha Koppikar and Karishma Sharma manage to steal the thunder in this testosterone-dominated playground. Having seen the Saheb Biwi Aur Gangster 3 actress in back-to-back intense roles, Fixerr offers a fresh change as she brings to life a full-on nautanki, selfie-queen Delhi housewife. Her performance strikes the perfect balance, coming right after a nuanced, content-driven one in Posham Pa.

Isha may have been away from the screens but she clearly doesn’t let one frame remind you of that. The Khallas Girl of Bollywood is back with a bang and the Maharashtrian accent leaves us wanting to see more of her in the future. As for Karishma, she initially starts out as a simple girl wishing to make it big, but learns every trick in the book, adding to the suspense. She is one of the central characters of the main narrative, the first ‘fix’ that proves to be more than what meets the eye!

Fixerr blends in an edgy and in several scenes, dark humour. The background music is a mix of Once Upon A Time In Mumbaai and other Hindi flicks. Only Ekta Kapoor could have pulled off comedy and crime together! There are subtle and sometimes direct dialogues that draw you in the direction of Section 377, homosexuality, bisexuality and more. It is profound, sure, but certainly not preachy in a boring way.

Fixerr is a great recipe whipped up using suspense, thrill, whistle-worthy dialogues, applaud-worthy performances, perfectly timed comedy and Bollywood-style action garnished with some masala entertainment. It may not be the classes’ cup of tea but certainly has meat for the masses.

What are your views about Fixerr? Tell us in the comments box below.