BFFs Mona Singh and Gaurav Gera were the latest guests on a ZEE5 chat show - A Table for Two. Scroll to read some interesting revelations they made. 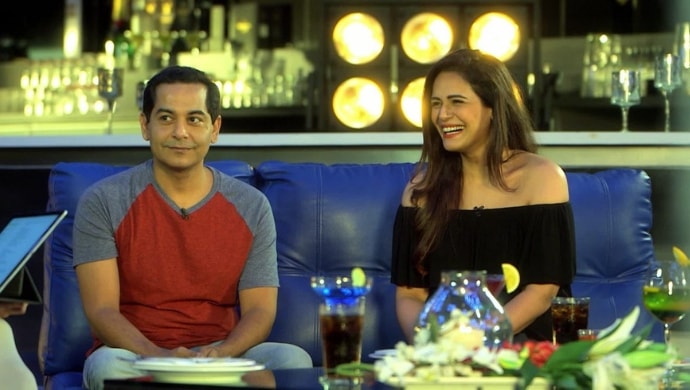 Indian actor-television presenter Mona Singh and Gaurav Gera, an actor-comedian, were the latest guests on ZEE5 chat show A Table for Two. Mona and Gaurav, who have been best of friends for 14 long years, spilled the tea on each other’s secrets and habits. Although the actress complains he doesn’t compliment her often, she did reveal that the internet sensation made more money through Facebook than Snapchat.

Chatting their way to glory with host Ira Dubey, Gaurav and Mona were every best friend duo ever on the show! One particular anecdote that caught our attention was that Gaurav thought Mona looked like her iconic character Jassi in real life. For those unaware, Mona started her screen career with a leading television show Jassi Jaissi Koi Nahin. It was on this very soap opera where she met Gaurav. It so happened that Mona came to the launch event of the show wearing “funny salwaar-kameez” as he describes her. And Gaurav thought Jassi’s look was how Mona looked in real life too! Of course, he came to know later that it isn’t the way he thought.

One more interesting story that came out of the show was Mona’s claim to fame. The 3 Idiots star recalled once she had visited Delhi for the promotions of Jassi Jaissi Koi Nahin. “I had to go on stage and say hello,” revealed Mona. However, during her first public appearance as Jassi, Mona recounts that people were falling off the escalators just to get a glimpse of her or touch her. She howled seeing all that because it was unbelievable for her! The stage broke and the event couldn’t happen. But she remembers calling her dad and saying, “Dad main toh star bangayi.”

Earlier, BFFs like Sriti Jha-Mouni Roy, Karan Wahi-Kritika Kamra and Anita Hassanandani-Karishma Tanna have made an appearance on A Table for Two.

International Dance Day: 10 Best Dancers From Dance India Dance Who Swept Us Off Our Feet