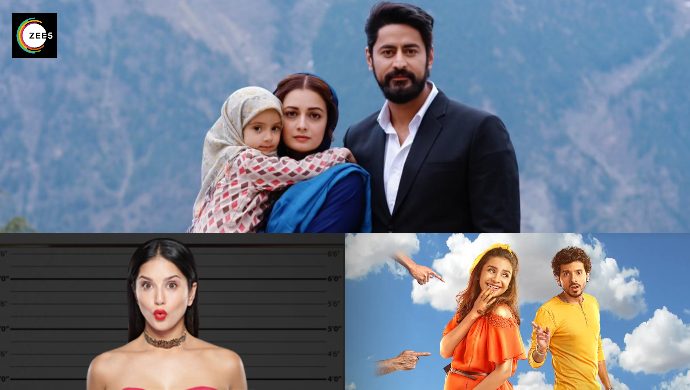 ZEE5 clinches gold at Gold Awards 2019! The OTT platform, which is amongst India’s fastest-growing, swept to victory for its two originals Kaafir and Badnaam Gali. Kaafir, a web series starring Dia Mirza, Mohit Raina, and Dishita Jain, was named the Best Web Series OTT (Critics) while Dia lifted the Best Actor OTT Female (Critics) for her portrayal of Kainaaz Akhtar in her debut digital drama. Sunny Leone, who starred in a web show Karenjit Kaur: The Untold Story based on her life story, won the OTT Icon Of The Year Award. Badnaam Gali, a ZEE5 Original film starring Divyenndu Sharma and Patralekhaa was declared the Best Web/OTT Film.

Bhavani Iyer, the writer of Kaafir, expressed her happiness and shared with us exclusively, “Kaafir is a story of love that needed to be told in these divisive times we live in. The love that we received from our viewers is a deeply heartening sign that there are so many people who believe that humanity is the only religion that matters. This award is the most wonderful validation of our collective belief and a joyous reward to all the beautiful people who worked to make this show singular in its thought and vision. Congratulations to team Kaafir!”

Kaafir is a touching tale, upholding #HumanityIsMyReligion. Dia’s character Kainaaz, a Pakistani woman, accidentally crosses the border and is presumed to be a militant. During her imprisonment in India, she gives birth to a daughter, Sehar. When journalist Vedant Rathod (Mohit Raina) discovers their story, he sets out to seek justice for the innocent mother and daughter. Watch the video below to know more:

Badnaam Gali, on the other hand, orbits around the concept of surrogacy starring Patralekhaa as a surrogate mother and how the world around her shifts because she lives life on own terms. “I am elated to hear that we won. This movie was made with a lot love so it deserves all the love,” the Nanu Ki Jaanu actress shared with us.

Verdict On The Verdict- State Vs Nanavati: A ‘Crime Of Passion’ But…

Congratulations to the entire team of Kaafir, Badnaam Gali, Karenjit Kaur! A huge shout out to Dia Mirza and Sunny Leone for their victory!

12 Things You Should Know About Rajkummar Rao, The Man Who Changed Bollywood