Goldie Behl: Most Of REJCTX Was Written When I Was In New York With Sonali Bendre 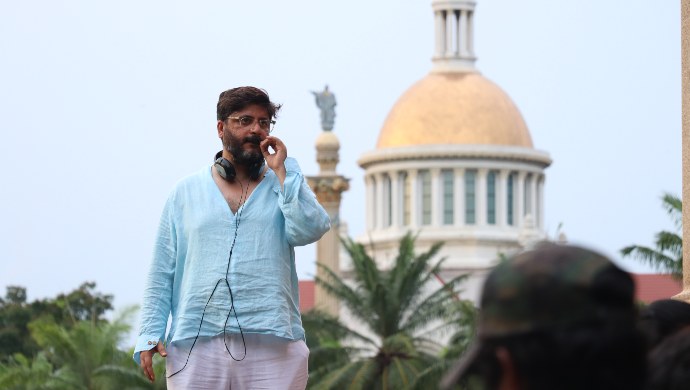 Goldie Behl is all set to make a directorial comeback with his upcoming ZEE5 Original web series REJCTX. A musical teen drama revolving around a bunch of Indian students in a foreign residential school, Goldie credits the idea for the digital drama came from his real-life experiences. On Friday, the makers released the trailer of the high school drama starring Sumeet Vyas and Kubbra Sait in never-seen-before roles and avatars respectively. Talking about REJCTX, Goldie, in an exclusive conversation, revealed that he worked on REJCTX when he was with wife Sonali Bendre in New York for her cancer treatment.

“Much of REJCTX has happened when we were in New York for Sonali’s treatment. I would sit on the sidewalks with coffee, observe people, children and make notes. A lot of what you will see in the web series comes from that,” says Goldie who has also co-produced the series for the OTT platform. He also reveals that he worked with author Novoneel Chakraborty and contributed to the writing of REJCTX.

The trailer of REJCTX packs a powerful punch and has been loved by one and all. When asked what was his actress wife and son Ranveer’s reaction to the same, the director asserts, “I had shared the trailer with both of them. They both were very happy with it. My son is the main critic, so if he loved it that means I passed the test.” He further revealed that it was Ranveer who introduced and in a way contributed to the music research for REJCTX. “He would tell me about different kinds of music, various bands that I wasn’t aware of, his inputs really helped me understand what today’s generation listens to,” he adds.

Music director Sneha Khanwalkar has helmed the music department of REJCTX. Goldie is all praises for her saying, “She is brilliant. I keep telling her to do more, I don’t know why she doesn’t. With Sneha, you never know, she will go to the mountains and do something of her own there.” He goes on, “Every singer and voice that she has found for the kids in REJCTX, they are so similar and apt that you would feel is the actor singing.”

REJCTX releases on ZEE5 on 25 July 2019. Keep watching this space to know more about REJCTX. In the meantime, tune into ZEE5 to watch a new original film Badnaam Gali starring Patralekhaa and Divyenndhu Sharma.

You can also check out how 16-17 July’s Lunar Eclipse will affect you based on your Zodiac Sign.