After killing AJ, Angad asks Guddan to marry him at the funeral. How will Guddan react? 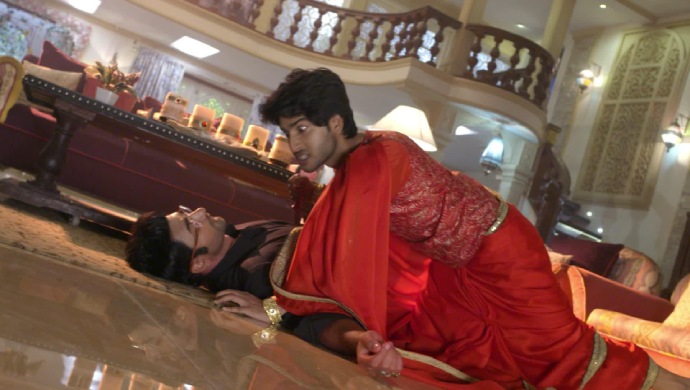 In tonight’s episode of Guddan Tumse Na Ho Payega, we see Angad slowly being pushed by Durga into believing AJ doesn’t want Angad around. She convinces Angad to keep trying to get Guddan to marry him even if AJ stops him. Angad who is already in love with Guddan, decides to get AJ out of the way. He dresses up as Guddan and murders AJ, when AJ decides to give Guddan the mangalsutra.

Catch a sneak-peek of the upcoming episodes here.

Next week, Guddan discovers about AJ’s death and is not ready to begin life as a widow. She is sitting at AJ’s funeral when people ask her to take off her sindoor and not wear bangles anymore. Guddan refuses to believe that AJ is gone and won’t take off her sindoor.

Meanwhile, Angad shows up at the funeral holding sindoor and a wedding sari in his hands. He asks Guddan to marry him to not live the life of a widow. Will Guddan give in to Angad’s demands? Stay tuned to find out.