In the next episode, AJ says Alisha's last wish is that Antara lives in the Jindal Bhavan. Guddan decides to reveal the truth to everyone. 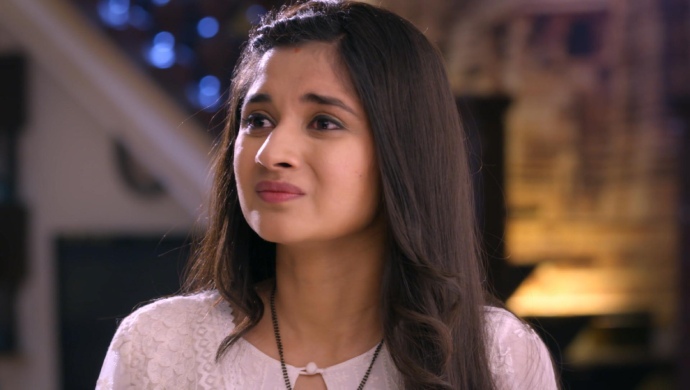 In tonight’s episode of Guddan Tumse Na Ho Payega, Guddan and AJ are crying about Alisha’s death. Daadi asks AJ to call Antara because she has not left her room for 13 days. AJ tells Antara that they need her to spread Alisha’s ashes. Antara looks shocked hearing that Alisha’s body is already burnt. She goes downstairs and tries to burn herself. Everyone pays attention to Antara to stop the fire except Guddan. She meets Antara near the pool and injects in her the same medicine Antara gave Alisha. Antara reveals her whole plan before laughing because she knows Guddan cannot kill anyone and the injection was fake.

In the next episode, AJ plays a video showing Alisha asking AJ for one last wish. She asks AJ and Guddan to take care of Antara when she is gone from the world. Guddan claps and says that Antara has played a very good game to get back in the Jindal house. AJ asks Guddan to says what she wants clearly. Guddan says Alisha died of a heart-attack but that was because of an injection that Antara gave her. Will AJ believe Guddan? Stay tuned to find out.

Shabir Ahluwalia To Shraddha Arya: Zee TV Stars All Set To Bring In 2020 With Fam-Jam